Irish sneak through as Edinburgh crash out in dramatic finale 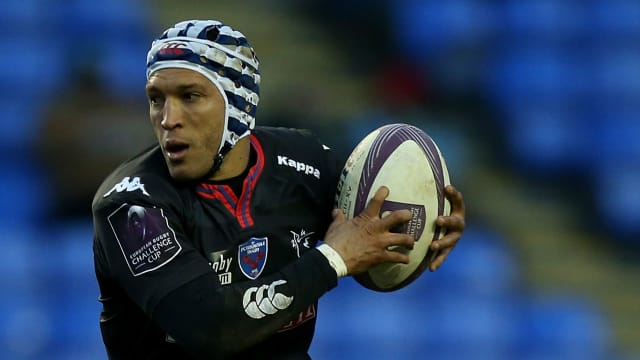 A late try from Gio Aplon capped a dramatic turnaround for Grenoble in a 34-23 success against Edinburgh, who crashed out of the European Challenge Cup and allowed London Irish to progress at their expense.

With less than 15 minutes to go at the Stade des Alpes, Edinburgh were leading 23-19, with a victory enough to see them overtake their opponents and reach the quarter-finals as winners of Pool Five.

Even a losing bonus point was enough to seal their qualification as one of the three best runners-up, but Grenoble staged a remarkable turnaround to break the hearts of last year's losing finalists and take top spot for themselves.

After Sam Hidalgo-Clyne's penalty had put Edinburgh four points to the good, Aplon collected a high kick from Jonathan Wisniewski to touch down, Wisniewski adding the extras before kicking a penalty.

At that point Edinburgh were 29-23 behind and clinging on to the bonus point they needed, but with two minutes to go Aplon raced away down the right to cross the whitewash and seal their fate.

That dramatic defeat opened the door for Irish who, playing simultaneously, took full advantage with a 31-17 win at Agen. Luke Narraway, Tom Fowlie, Tom Smallbone and Fergus Mulchrone all touched down, while a late penalty try gave the Exiles some added breathing space.

The bonus-point success meant Irish joined Edinburgh on 17 points, but advance to the quarter-finals as a result of their superior head-to-head record.

In Pool One, Connacht booked their place in the quarter-finals thanks to a 47-5 hammering of Enisei-STM.

The Irish province had a bonus point wrapped up inside the first half as Matt Healy, Tiernan O'Halloran, Denis Buckley and Danie Poolman all went over.

And there was good news for Ireland ahead of the Six Nations as centre Robbie Henshaw - back from a broken hand suffered in November - crossed early in the second period.

Tom McCartney, Healy and Caolin Blade all added further gloss to the scoreline as Connacht secured a home quarter-final in some style.

Their progress came at the expense of Newcastle Falcons, who defeated Brive 27-23 but their final tally of 16 points was not enough to see them claim one of the three best runner-up spots.

Elsewhere, defending champions Gloucester made it 15 consecutive Challenge Cup victories with a battling 14-11 win at Zebre in Pool Four, thanks to Billy Burns' late penalty.