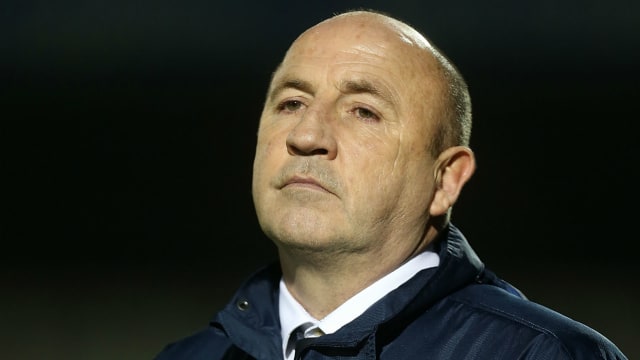 Accrington Stanley fans have not seen their team play at home for over two months, but a 3-1 home win against Hartlepool United was worth the long wait.

A waterlogged pitch has caused a series of postponements for the promotion-chasing League Two side, but a brace from Shay McCartan after Adam Buxton's 23rd-minute opener put them in control against struggling Hartlepool on Tuesday.

Rakish Bingham gave Hartlepool hope of a late fightback, but Stanley closed the match out to climb to sixth place and cut the gap to the promotion places to just six points.

Stanley have at least three games in hand on their main promotion rivals and John Coleman's side could quickly rise up the league as they play their rescheduled fixtures.

In League One, relegation-threatened Colchester United and Fleetwood Town played out a 1-1 draw that does little for the survival chances of either team.

Alex Gilbey gave Colchester a first half lead, but Eggert Jonsson equalised on the hour to ensure the spoils were shared. Colchester rise a place to 22nd, while Fleetwood are just one slot above the relegation spots.