Ferrer, Tsonga into semi-finals in Auckland 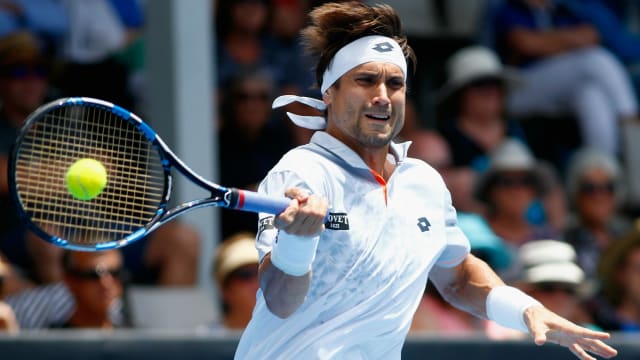 David Ferrer made light work of Lukas Rosol in the ASB Classic quarter-finals with a straight-sets victory.

The Spaniard breezed into the last four with a 6-3 6-4 win in 71 minutes against the 54th-ranked Czech.

Ferrer is aiming to become a five-time champion of the event in Auckland, having won in 2007 and three times in a row between 2011 and 2013.

"It was a good victory," Ferrer said. "Playing well and better than the first day.

"I hope I'm improving every day with my game and now I'm in the semi-final."

Ferrer will play Jack Sock in the first semi-final on Friday after the American came back from a set down to record a 1-6 6-4 6-4 win against Kevin Anderson.

World number 10 Jo-Wilfried Tsonga will contest the other semi-final after a 7-5 7-6 (7-4) win over Fabio Fognini.

Tsonga was made to work for the win but the Italian could not prevent a fourth career defeat against Tsonga.

His opponent will be Roberto Batista Agut after the Spaniard eliminated 2014 champion John Isner with a 7-5 2-6 6-3 win.