Stephens happy with opening victory of 2016 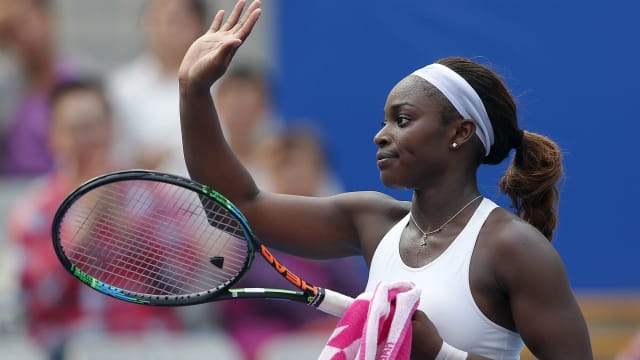 Sloane Stephens was pleased with her opening match of 2016 as she cruised past Polona Hercog in straight sets at the ASB Classic on Monday.

The fifth seed only needed 71 minutes to progress as she recorded six breaks of serve to see of here Slovakian opponent 6-3 6-3.

After taking six successive games she held a one-set lead and was ahead 3-0 in the second, leaving Hercog no way back as the American completed a comfortable triumph.

"I thought I played well at times," said Stephens. "Obviously the first match of the year is always tough because you haven't played in a while.

"I was happy to get the win, but there are a lot of things to work on."

She is joined in the second round by Nao Hibino, Alexandra Dulgheru and Irina Falconi after they all battled through three sets to progress.

Fourth seed Svetlana Kuznetsova is also through after her match with Mona Barthel was cut short, the latter retiring due to illness while trailling 6-2 1-1.