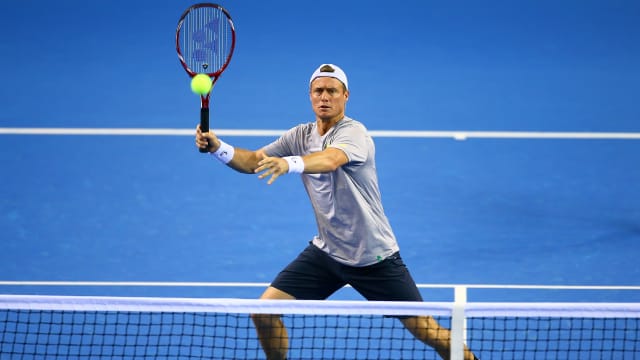 Serena Williams and Andy Murray are set to feature at the Hopman Cup but all eyes will be on retiring Australian former world number one Lleyton Hewitt.

Two-time grand slam champion Hewitt will farewell tennis after his 20th Australian Open on January 31 and an eighth and final Hopman Cup campaign, starting in Perth on Sunday, is part of the 34-year-old's swansong.

Hewitt has been paired with Jarmila Gajdosova for Australia Gold in Group A of the eight-team tournament, featuring Czech Republic pair Karolina Pliskova - a replacement for Lucie Safarova - and Jiri Vesely, Ukrainian duo Elina Svitolina and Alexandr Dolgopolov as well as women's world number one Williams and Jack Sock of the United States, who lost to Poland in last year's final.

Poland will not return to defend their title.

"It's no different to any other year. The last 20 pre-seasons have been pretty much the same," Hewitt said ahead of Australia Gold's opener against the Czechs.

"I guess I pride myself in going out there and doing all the one-percenters and trying to get the most out of myself.

"Even though I have only got a month to go on the playing circuit, I still want to get the most out of myself and push myself to the limit.

"It's obviously in the back of the mind with everything you do, you try to enjoy it - soak up the atmosphere and the places as much as possible.

"But until you get out there on the match court I don't know how you really deal with it. For me, I am such a competitor anyway and I am still going out there, trying to lay it all on the line and put on a pretty good show."

Hewitt and Gajdosova are not the only Australians in action at the 28th edition of the Hopman Cup, with Nick Kyrgios and Daria Gavrilova to team up for Australia Green in Group B.

Kyrgios - looking to break into the ATP's top 10 - and Gavrilova open the tournament against German pair Sabine Lisicki and Alexander Zverev.

Great Britain will once again be represented by four-time Australian Open runner-up Murray and Heather Watson, while Frenchman Kenny De Schepper partners Caroline Garcia after Gael Monfils withdrew due to a leg injury.