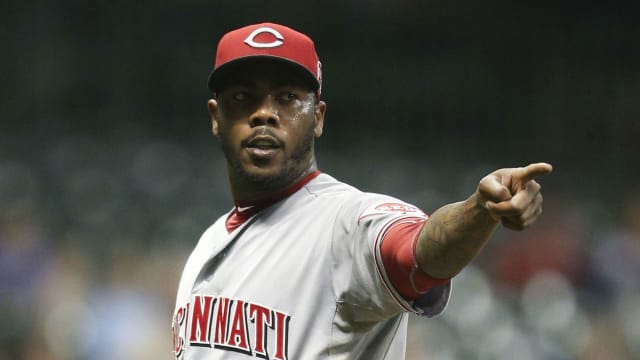 All-Star closer Aroldis Chapman may face a suspension, but the New York Yankees have decided the reward outweighs the risk and traded for the former Cincinnati Red for four prospects.

The Los Angeles Dodgers had a deal in place for Chapman earlier this month before news of the dispute with his girlfriend became public and stalled the talks.

The police report claims that Chapman allegedly choked his girlfriend and fired eight gunshots inside the garage of his Miami-area home on October 30.

Perennially among the most dominant relievers in baseball, Chapman led all closers (50 or more appearances) with a 1.63 ERA and 163 strikeouts in 66.1 innings last season.

He converted 33 of 36 save opportunities.

The addition of Chapman gives the Yankees greater depth with their relievers, now boasting Andrew Miller, Chapman and Dellin Betances.

The Yankees gave up Caleb Cotham, Rookie Davis, Eric Jagielo and Tony Renda to the Reds.