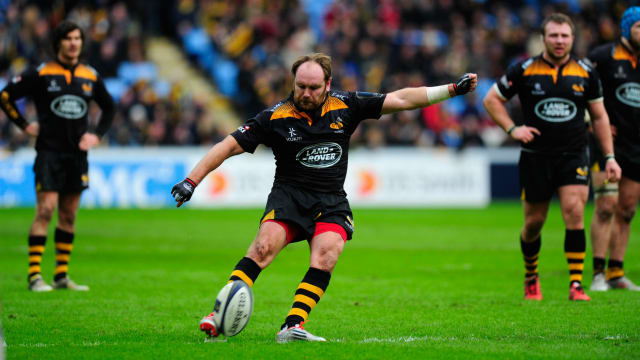 Andy Goode has come out of retirement to help Premiership strugglers Newcastle Falcons deal with an injury crisis in the halves.

Newcastle, who sit bottom of the English top flight with only two points from seven matches, have seen Mike Delany and Ruki Tipuna ruled out for the immediate future.

Former England fly-half Goode, 35, has therefore been signed up to provide cover at fly-half, despite having announced in September that he was hanging up his boots due to a failure to overcome surgery on injuries of his own.

Both Goode and young scrum-half Jamie Booth, who has represented Manawatu in New Zealand's ITM Cup, have agreed three-month contracts at Kingston Park.

Newcastle director of rugby Dean Richards said: "Andy is a known quantity and will bring a huge amount of experience while Jamie has been impressing a lot of people over in New Zealand and has the opportunity to do the same here."

Goode added: "I'm looking forward to the challenge after having four months to recuperate and let my body recover.

"It's a short-term opportunity but I want to do as much as I can for the Falcons as I have a huge amount of respect for Dean, who I go back a long time with and who gave me my first opportunity at Leicester 17 years ago."