Shevchenko calls for AC Milan to give Mihajlovic time 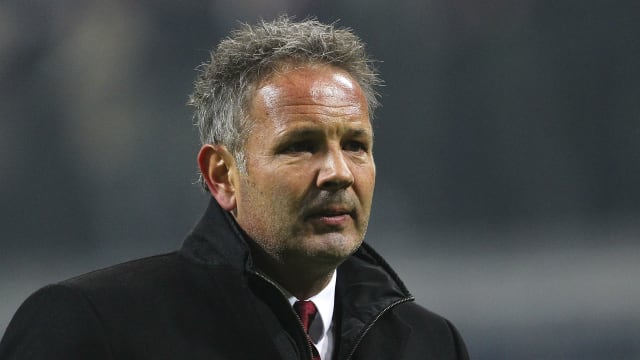 AC Milan great Andriy Shevchenko has urged his former club to give Sinisa Mihajlovic time to turn their fortunes around.

Mihajlovic has overseen patchy form during his maiden season at San Siro and Sunday's 4-2 win at Frosinone took his side into the mid-season break lying sixth in the table.

Reports in Italy suggested the ex-Sampdoria coach's job was on the line ahead of last week's Coppa Italia win over his former club, but Shevchenko believes there have been some encouraging signs.

"I don't know the issues, but I think AC Milan should give a bit more time to Mihajlovic," the Ukrainian told Omnisport.

"He's been working only for a few months and I also saw some good games. Let's see."

One man who does not have time on his side according to Shevchenko is enigmatic forward Mario Balotelli.

Italy international Balotelli is back at Milan on loan following an ill-fated switch to Liverpool last season but fitness problems have restricted him to four appearances and a solitary goal.

Shevchenko is not convinced the former Inter and Manchester City striker will get another chance at a top-tier club if he fails to make an impression before the end of the campaign.

"I don't know if this is the last chance for Balotelli, probably he's going to have more chances," he added.

"He's got qualities and it's time he showed them. I wish him the best as he's a guy who could give much more for football."