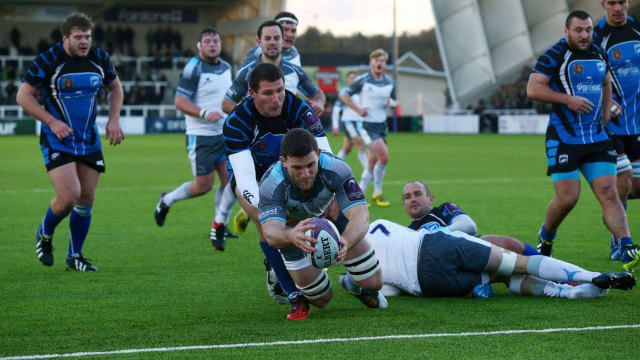 Marcus Watson ran in four tries as Newcastle Falcons picked up their first win of the European Rugby Challenge Cup pool stage with a 55-7 victory over Enisei-STM.

After watching back-row forward Mark Wilson score a first-half hat-trick at Kingston Park, Watson took centre stage as the Premiership side racked up nine tries against their Russian opponents.

They secured a bonus point inside 25 minutes as Zach Kibirige, Wilson and Watson all went over to give the hosts a 29-7 lead, Denis Simplikevich scoring a consolation for Enisei-STM.

A superb solo try from Watson piled on more misery soon after the restart, before Kibirige added his second having broken through two tackles on his way to the line.

Watson made it a treble with five minutes to play as a dismal afternoon continued for the visitors, who were down to 14 after Dmitrii Krotov was sin-binned.

And he saved the best for last as a Newcastle play went from one end of the pitch to the other before Watson applied the finishing touch, moving his side above Brive and into second place in Pool One.