This is the best Tottenham side in years - Dembele 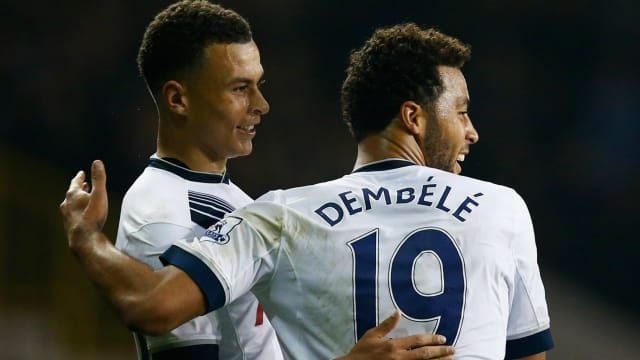 Tottenham midfielder Mousa Dembele believes the squad assembled this season is the best he has seen at White Hart Lane.

Dembele and Co. have only lost once in the Premier League this term as they sit fifth in the standings after 12 matches.

The Belgium international, who has called Tottenham home since 2012, has played with some of the world's best, namely Gareth Bale before the Welshman departed for Real Madrid.

Tottenham finished fifth and made the Europa League quarter-finals in Bale's final season in London in 2012-13, but Dembele believes the team this term is superior.

"This is best team I've played in since I've been at Tottenham," Dembele told Sky Sports.

"[Mauricio] Pochettino is very much aware of the way we play, the way we press and our mentality. He is trying to change the culture of the club and that was needed.

"Every year you have to have the feeling to achieve the Champions League otherwise we should stop playing football. We know we have a lot of quality and we're closer than previous years.

"Of course we've had a taste that we can reach the Champions League but we have to be focused game by game to achieve that.

"We are not thinking too much ahead. We have a good feeling at the moment so we are capable of doing anything, we just need to stay strong and focused all the time instead of thinking about where we can end up."

"We are very strong as a team and there is a good atmosphere in the group," Dembele added.

"We're playing very much as a team, something we haven't done much in the past.

"It is not one or two players playing well, the team is playing well and that allows for someone if they have an off day - it's a good thing."