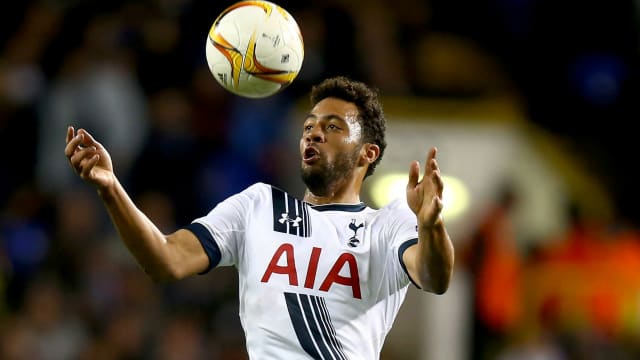 Tottenham midfielder Mousa Dembele admitted he never thought about leaving the club, despite falling out of favour with manager Mauricio Pochettino last season.

Dembele started only 10 Premier League matches in 2014-15, playing just over 100 minutes of football in Tottenham's last nine fixtures of the season.

The 28-year-old Belgium international has worked his way back into Pochettino's plans this term, scoring three goals in his last four appearances.

And Dembele claims leaving the club in the off-season never crossed his mind.

"Last year I played less so it is normal there are a lot of rumours. I told the club that they were not true," Dembele said.

"Of course I want to be more important for the team and I want to play more. I am not someone who, if I am not playing like last year, that I want to go quickly. They understand this.

"But it has never been in my mind to leave the club. I am very happy here, even last year when I was not playing I wanted to show I can play. I am not looking to leave Tottenham, I just want to be important for the team at the moment."