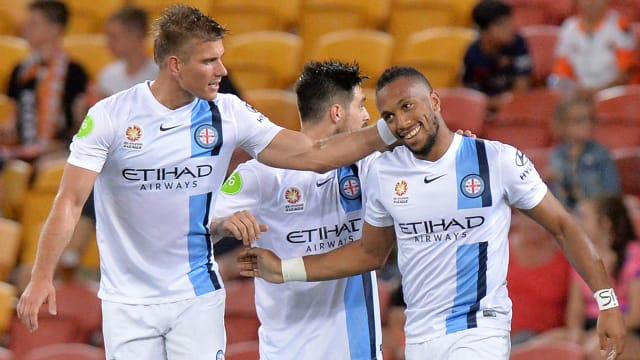 Substitute Henrique struck a 70th-minute equaliser to take Brisbane Roar back to the top of the A-League standings with a 1-1 draw against Melbourne City.

The visitors should have claimed a first-half lead when Brisbane goalkeeper Jamie Young bizarrely slipped and spilled the ball between his legs, presenting it to Bruno Fornaroli.

The City striker fed Aaron Mooy but his team-mate dragged the shot wide as Roar defenders tore hastily back towards the goalline.

Young was again culpable when City went ahead two minutes after half-time as he drilled a goal-kick against the back of defender Daniel Bowles' legs.

Thomas Broich was the architect of the equaliser, cleverly retaining possession before unlocking the City defence with a marvellous pass, leaving Henrique to control expertly and apply the finish.

Sydney FC will go above Brisbane on goal difference if they win at Perth Glory on Saturday, while Melbourne Victory are a point behind in second with a game in hand.