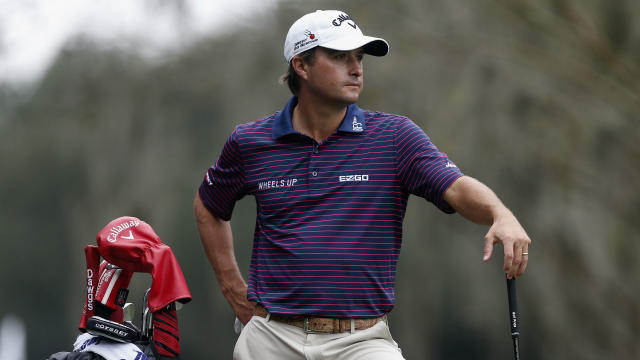 Kevin Kisner holds a one-shot lead after a first round of the RSM Classic which saw PGA Tour debutant Dru Love and his father Davis Love III finish level par after playing in the same group.

Kisner finished second behind Russell Knox in the WGC-HSBC Champions earlier this month and is in contention to go one better at the Sea Island.

The 31-year-old started with a seven-under 65 on the Plantation Course to hold a slender advantage over a group of eight players - including Jeff Overton and David Hearn.

Kisner conjured up an eagle on the penultimate hole and also made five birdies in a blemish-free opening round of a tournament previously known as The McGladrey Classic.

"I haven't played the Plantation Course in 10 years. I think I'm probably better at golf now. I remember those holes being tougher." said Kisner.

Tournament host Davis Love III attracted plenty of attention as he was able to experience his 21-year-old son Dru's maiden PGA Tour round at close quarters.

There was nothing to choose between father and son as both birdied the first hole, but were unable to build on that encouraging start and had to settle for 70s.