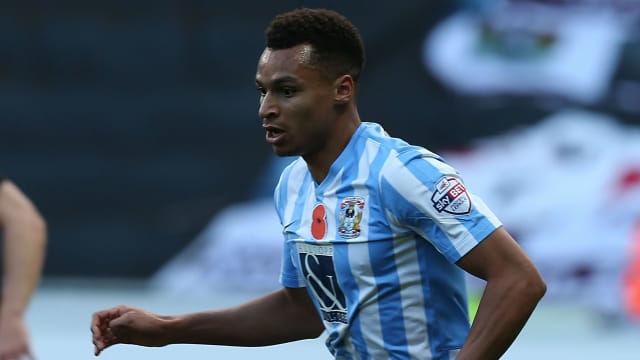 Gillingham went top of the League One table following a win 3-1 win over Bury on Saturday, with goals from Dominic Samuel, John Egan and Emmanuel Osadebe cancelling out Leon Clarke's fourth-minute opener.

Coventry also have 34 points from 17 games after beating Colchester 3-1 and sit second on goal difference. Jacob Murphy scored twice against his former team to help them earn maximum reward from the game.

Wigan proved to be too strong for Rochdale as Jason Pearce and Michael Jacobs found the back of the net in a 2-0 win.

Sheffield United fought back after falling two goals behind against Southend, but had to settle for a 2-2 home draw.

Jermaine Anderson fired Peterborough to a 2-1 win over Fleetwood with his strike in the 77th minute, while Port Vale saw off Barnsley 2-1 at Oakwell as the hosts, second from bottom, remain in the relegation zone with just 14 points.

Doncaster recorded an important 2-0 away win over Blackpool in the battle against relegation, with Andy Williams and Aaron Taylor-Sinclair on target.

Chesterfield were beaten 2-1 at home by Oldham as Danny Philliskirk netted a late winner, while Swindon beat Scunthorpe by the same scoreline.

Meanwhile, in League Two, Plymouth beat York 2-1 to maintain their five-point lead over Oxford at the top of the table. Jake Jervis and Graham Carey earned the leaders a two-goal advantage, before Ben Godfrey pulled one back well into stoppage time.

Ryan Taylor scored his fourth goal in three games for Oxford to help them to a narrow 1-0 win over Cambridge.

Third-placed Northampton recorded a narrow 1-0 home win over Mansfield, while Accrington were held to a 2-2 draw by Newport.

At the bottom end of the table, Yeovil secured a 2-2 draw at home to Stevenage to move to within two points of 22nd-placed York.