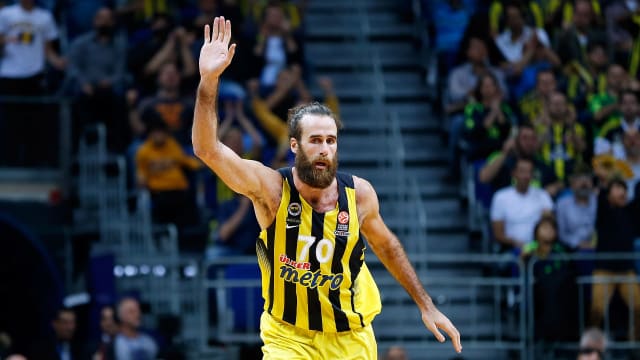 Fenerbahce battled past Khimki in a top-of-the-pool encounter in Group A, while Strasbourg shocked Real Madrid and Unicaja defeated CSKA Moscow in a match that pitted two unbeaten sides against one another in Group D.

Khimki headed into Friday's contest against Turkish side Fener top of the pool courtesy of a better points difference.

However, Fener made the most of home-court advantage to triumph 88-83 at the Ulker Sports Arena.

Fener shared the points around, with Luigi Datome, Bobby Dixon, Jan Vesely and Kostas Sloukas all registering double figures, and Fener now top Pool A with a 4-1 record.

Defending champions Real have made an indifferent start to their Euroleague and that continued in a 93-86 reverse at Strasbourg.

Louis Campbell was the hero for the hosts with 23 points, as Real slumped to 2-3 from five matches.

Unicaja produced a rousing fourth quarter to defeat CSKA 86-78 in the Russian capital to gain a huge win at the midway point of the regular season.

Both teams possessed 4-0 records in Group D heading into the contest, but it was Unicaja - trailing by just four points at the end of the third - who outscored their opponents 25-13 in the final quarter to remain unbeaten and move top of the group.

Edwin Jackson played a starring role as he made six-of-eight three-point attempts to finish with 24 points, while Mindaugas Kuzminskas contributed 22.

Also in Group D, Brose Baskets were 90-73 victors at Sassari.

In Group C, Pinar Karsiyaka won for just the second time this season with a 76-66 beating of Zielona Gora, while Panathinaikos routed Zalgiris Kaunas 91-56.