Alonso on podium caper: It's as close as we'll come to the real thing 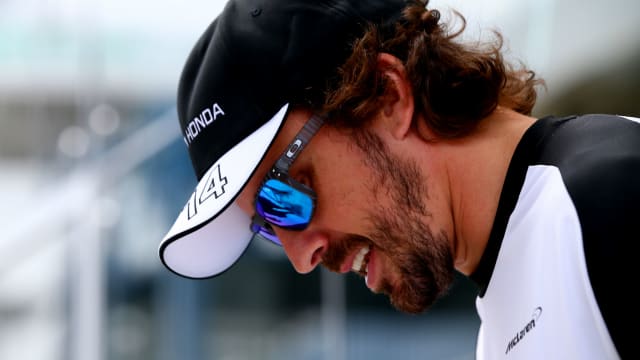 McLaren driver Fernando Alonso endured a disappointing qualifying session at the Brazilian Grand Prix, but did end up topping the podium - sort of.

Engine trouble ended the Spaniard's day before he had the chance to post a timed lap in Q1 and he watched the remainder of the session from a camping chair at the top of a grassy bank.

After enjoying the action - and soaking up the Brazilian sunshine - from his lofty vantage point, Alonso and team-mate Jenson Button, who was also eliminated in Q1, spotted an opportunity to climb the Interlagos podium.

Having posed for photographs on the top step, Alonso made light of what has been a hugely disappointing season for traditional powerhouse McLaren, who are only kept off the foot of the constructors' standings by Manor Marussia.

"We saw the podium that close and we said 'we will not be this close any more, so let's take a picture at least and we have a memory for this year'," Alonso commented.

"Hopefully March [the beginning of the 2016 season] will be the real podium."

Button added: "We thought we would jump on the podium - it's been a while for both of us.