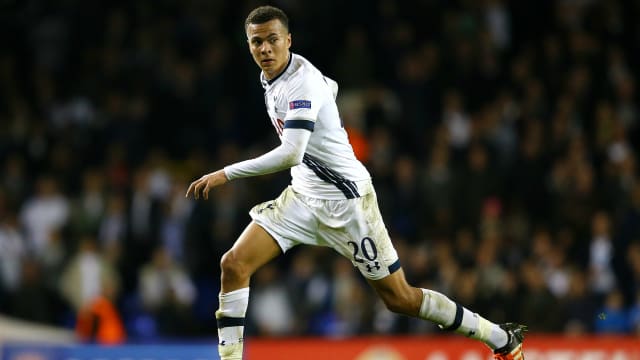 Dele Alli had a better record in League One than Gareth Bale, Theo Walcott and Alex Oxlade-Chamberlain, according to his former Milton Keynes Dons manager Karl Robinson.

Robinson, who handed the central midfielder his professional debut at 16-years-old, believes several top-flight clubs missed out on Alli after refusing to give him a chance.

The 20-year-old Tottenham starlet has won two caps for England and starred in the Premier League since his two-division jump and Robinson has hailed the teenager's achievements.

"A lot of big teams missed out," he said. "Three teams said he wasn't good enough, only 12 months ago.

"They were saying he's only done it in League One, but that's where Gareth Bale and Theo Walcott and Alex Oxlade-Chamberlain did it and Dele's record was better than all of them.

"We always said there would be a day when Dele outgrew our club, when the training and the games were not challenging him anymore. Last Christmas, we had a serious conversation in a hotel in Crewe when we agreed it was almost time."

Robinson has been delighted by the youngster's impact following his £5million move to White Hart Lane in January and believes Alli is a completely rounded footballer.

"There's no arrogance in him," Robinson said. "We had our debates. We've dealt with him strictly at times because discipline is important but he took everything on board. It's a good sign.

"He's grounded, and he plays football like every fan wants to see. He covers every blade of grass. He tackles, he scores goals. He is the modern-day all-action footballer."