What now for Scottish Labour after Richard Leonard quits as leader? 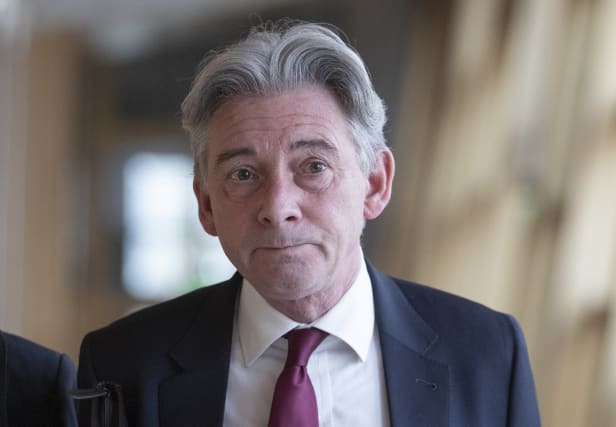 The Central Scotland MSP announced the move on Thursday afternoon, saying he had made his decision to step down over the Christmas period.

– Does Richard Leonard’s resignation come as a surprise?

Not really. The Scottish Labour leader has been under pressure over his failure to grow support for the party – which is now the third force in Scottish politics, having previously dominated north of the border.

Under Mr Leonard’s leadership the party came fifth in the 2019 European elections, losing the two Scottish MEPs it had. And in the 2019 general election the party lost six of the seven MPs it previously had north of the border.

Dissatisfied with the party’s failure to make progress, in September 2020 MSPs Daniel Johnson, James Kelly and Jenny Marra all publicly urged him to step down.

Mr Leonard said he had used Holyrood’s Christmas recess to think “long and hard” about his position, concluding that the “speculation” about his leadership had now “become a distraction”.

Scottish Labour will have to find a new leader – who will be the fifth person to take on the job since the Scottish independence referendum in September 2014.

The last Scottish Labour leadership contest in 2017 – in which Mr Leonard defeated fellow MSP Anas Sarwar to secure the job – took two-and-a-half months, which would give the party time to get a new leader in place for the next Holyrood elections in May.

– So who could succeed him?

Mrs Sarwar, who stood unsuccessfully for the position in 2017, could fancy another shot at it. Other possible candidates for the job include Jackie Baillie, the current Scottish Labour deputy leader and Monica Lennon, who boosted her profile after pushing legislation through Holyrood which will make Scotland the first country in the world to make sanitary products available free to those who need them.

– What problems will the new leader face though?

The new Scottish Labour leader will not be in for an easy start – with Holyrood elections taking place in May they will have to hit the ground running. While Labour dominated Scottish politics when the devolved parliament was first set up in 1999, the party has seen its support fall away in more recent years.

Working with the Conservatives in the Better Together campaign in the 2014 independence referendum damaged the party’s standing with some. More recently, with much of Scottish politics focused on the constitution and the issue of a second independence referendum, Labour has sometimes struggled to adopt a clear position and has had difficulty in getting its message across to voters.