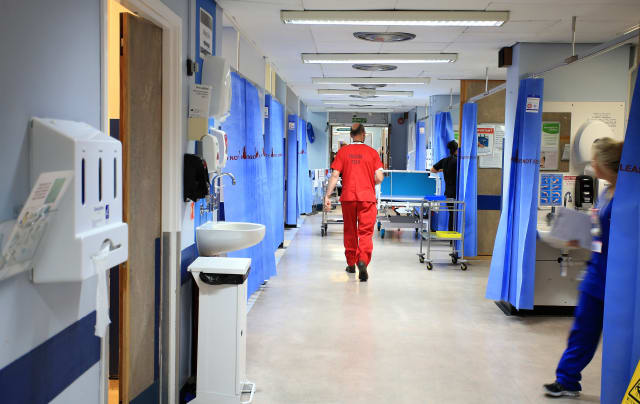 The record number of patients waiting for hospital treatment shows the “calamitous impact” of coronavirus on waiting times in England, a leading surgeon has said.

New figures published on Thursday show that a total of 4.46 million people were waiting to start hospital treatment in England at the end of November 2020, the highest number since records began.

This compares with 4.42 million in November 2019 and 4.45 million in October that year – the previous highest number in the data which goes back to August 2007.

Professor Neil Mortensen, president of the Royal College of Surgeons of England, said: “Today’s figures show the calamitous impact of Covid-19 on wait times for operations.

“In November, a record number of patients were waiting for hospital treatment.

“For thousands of people in this country, a corrective operation is the best way to relieve debilitating pain and get them back up on their feet, back to work and enjoying life again.

“Many of us were complaining about the pain of the lockdown restrictions in November.

“However, we should remember all those people waiting for an operation, who had their physical pain to deal with, on top of the pain of lockdown.”

Prof Mortensen also warned that a “huge hidden waiting list” was building up under lockdown.

“When we eventually emerge from this crisis, we will need sustained investment to treat all those who have been waiting patiently for treatment.”

The NHS England figures also showed that the number of people having to wait more than 52 weeks to start hospital treatment in England stood at 192,169 in November 2020, the highest number for any calendar month since May 2008.

In November 2019 the number having to wait more than 52 weeks to start treatment stood at just 1,398.

The total number of people admitted for routine treatment in hospitals in England was down 27% in November compared with a year ago.

The year-on-year decrease recorded in September and October was also 27%, while in August the drop was 43%.