My short-term memory is shot to pieces due to long Covid, says MP 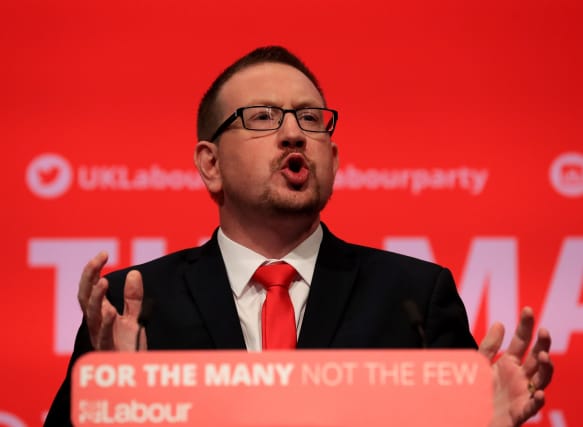 An MP suffering from long Covid says his short-term memory is “shot to pieces” and he continues to experience brain fog.

Labour’s Andrew Gwynne explained he began to feel “grotty and run down” in March, went on to display Covid-19 symptoms, and his initial illness lasted for about 12 days although he still feels the effects today.

The MP for Denton and Reddish told the Commons: “My condition is not as severe as it was even just a few months back, there have been real improvements, but it’s been a hard slog to get here.

“For the first seven months or so the exhaustion came back frequently and to the point where doing just simple tasks around the house brought me out in massive sweats like I’d run the London Marathon.

“I had lots of dizzy spells, I’ve never had vertigo before this, and oh the brain fog – in a job where you have to be razor sharp, my short-term memory is shot to pieces. I’ve had to learn to pace myself, trying to push my limits would set me back. I still have to remind myself not to overdo it.

“Now the lasting symptom is still brain fog. When it’s bad, taking in information and processing it is so difficult and physically and mentally tiring, often triggering headaches, dizziness and vertigo.”

Mr Gwynne said virtual participation in House of Commons business and proxy voting has helped him.

But he warned: “I talk about the difficulties of me doing my job, but what about the mechanic, the builder, the emergency worker, the teacher, the nurse? People who don’t have the luxury of virtual participation and an efficient and brilliant office to hide deficiencies.

“They’re left to struggle, make the most of it or lose their jobs.”

Mr Gwynne argued the Department for Work and Pensions needs to do more to recognise long Covid when carrying out work capability assessments and other interviews.

He was among several MPs to press the Government to acknowledge that children can also suffer from the condition, with an awareness campaign required and access to treatment.

Opening a backbench debate, Liberal Democrat MP Layla Moran (Oxford West and Abingdon) suggested frontline workers living with long Covid should have access to a compensation scheme if they are unable to return to work.

She said: “Long Covid affects young as well as old and the numbers are staggering. It is believed that there are 300,000 people living with long Covid already in the UK, seven million worldwide.”

Noting the Long Covid All-Party Parliamentary Group’s recommendation that the Government should set up a compensation scheme for frontline workers affected, she added: “This scheme should go beyond existing sick pay schemes and should be specific to those living with long Covid who are unable to work.”

Dr Poulter (Central Suffolk and North Ipswich), who has been working on the front line throughout the pandemic, told the Commons: “There is no doubt that long Covid has a life-changing impact on the lives of some of the people that it affects.”