Mother of brain-damaged girl wants £100,000 to fund next round of legal fight 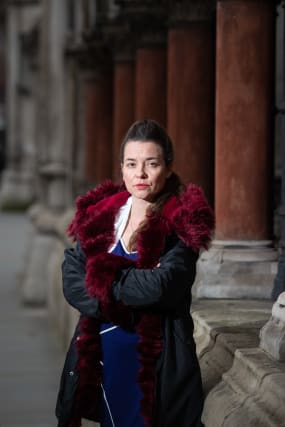 A single mother has said she needs to raise £100,000 “super quickly” to fund an appeal after a High Court judge ruled that her brain-damaged daughter should be allowed to die.

Pippa’s mother, Paula Parfitt, who said she is devastated by the decision, had hoped to be granted legal aid to pay for lawyers to challenge the judge’s ruling in the Court of Appeal.

Lawyers said she had been granted legal aid to pay for the High Court fight but her bid for legal aid to fund an appeal had failed.

Ms Parfitt, 41, of Strood, Kent, has now launched an appeal on the GoFundMe website.

Mr Justice Poole said specialists should keep treating Pippa for a short period to give Ms Parfitt time to organise an appeal.

“I now have to raise £100,000 in order to subsidise an appeal very super quickly,” said Ms Parfitt on Thursday.

“I know that, as a Christian, I am a great believer in God’s law, and that is to preserve life.”

She added: “I am reaching out to the public for their financial support.”

Mr Justice Poole had heard evidence at a trial in the Family Division of the High Court in London in December.

He described the case as “heart-rending”.

Pippa was born in April 2015 and initially developed normally, but in December 2016 she became unwell and began to suffer seizures, the judge heard.

The judge was told that the youngster is now in a vegetative state and has no awareness.

Hospital bosses had asked Mr Justice Poole to rule that ending treatment, and allowing Pippa to die, would be lawful and in her best interests.

Ms Parfitt, who told the court that Pippa’s father is dead, disagreed.

She wants her daughter to be placed on a portable ventilator and allowed home, and wanted the judge to authorise a home-care trial.

But Mr Justice Poole ruled against her.