Darwen man denies murdering partner and disposing of her body 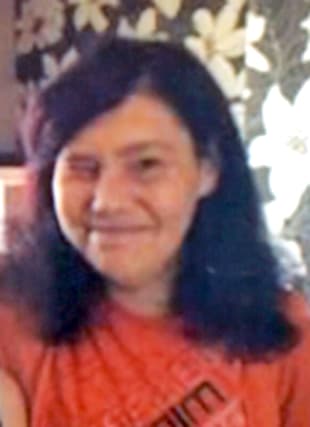 A “violent bully” murdered his partner and disposed of her body which has still not been found, a court has heard.

Alan Edwards, 48, claimed he last saw Susan Waring, 45, as she kissed him goodbye and walked out of his flat in Darwen, Lancashire, at the end of January 2019 but the prosecution say he is lying and is responsible for her death.

Her mother reported her missing several days later but despite extensive police inquiries Miss Waring’s whereabouts are unknown and there is no evidence to say she is alive, Preston Crown Court was told.

Prosecutor Christopher Tehrani QC said Edwards was arrested in March 2019 and a subsequent thorough forensic examination of his address in Blackburn Road, above a takeaway, took place.

Opening the case on Thursday, he told jurors: “During the course of the trial you will hear evidence that blood was found within this property and on various items. Some of that blood contained DNA which matches Susan’s DNA profile.”

Blood was found on the walls of the premises including in the redecorated sitting room and also on a Halloween-style mask covered in more than 100 blood spots and traces of the victim’s DNA.

Mr Tehrani said: “The prosecution say that at some point in time Alan Edwards had this mask on. He was in close proximity as he struck her and blood sprayed on to his mask.”

He said Edwards began a relationship with Miss Waring, who had some learning difficulties, in late 2018 and from the outset it was “turbulent and violent”.

Jurors would hear from four other women that Edwards was controlling and violent with one saying he kicked her in the abdomen when she was pregnant and another claiming he pointed a gun to her head, said the prosecutor.

He said: “All four females will tell you that Alan Edwards was a bully and physically violent to them.”

Mr Tehrani said the last confirmed public sighting of Miss Waring was when she was shopping with Edwards in Darwen on January 29 where her bank card was used to buy a stuffed Meerkat toy.

The following day was the birthday of Miss Waring’s sister but she was surprised not to hear from her and Edwards later told her he had not seen Miss Waring since she left his flat with £200 and a goodbye kiss.

In the days, weeks and months that followed the defendant appealed via Facebook for his partner to return or make contact but the court heard an examination of his mobile phone showed from the early hours of February 5 he visited adult dating and hook-up websites such as flirtymoms.com and Plenty of Fish with “increasing regularity”.

When arrested and interviewed Edwards said he was not responsible for her death and had never assaulted her.

Mr Tehrani told the jury: “Alan Edwards would wish you to believe that at the end of January 2019, Susan Waring walked out of his home and simply disappeared. The prosecution say Susan Waring is dead because Alan Edwards killed her and disposed of her body somewhere or in such a manner to ensure that it may never be found.”

The trial is scheduled to last up to 10 weeks.