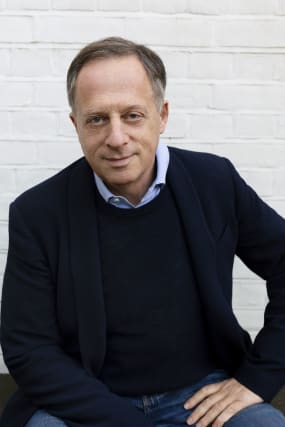 The BBC’s incoming chairman Richard Sharp has said the broadcaster’s culture needs to be “rebuilt” as he revealed he would be donating his £160,000 salary to charity.

The former Goldman Sachs banker, who has been chosen by the Government as its preferred candidate for the post, said there was a lack of “trust in leadership and trust in process” at the corporation and that issues over equal pay had “created a sense of unfairness”.

However, he identified impartiality as “clearly the biggest issue” that needed to be dealt with, agreeing with comments made previously by new director-general Tim Davie.

Appearing before the Digital, Culture, Media and Sport Committee, Mr Sharp told MPs: “Clearly some of the problems (the BBC) has had recently are really quite terrible and reflect a culture that needs to be rebuilt so everyone that works at the BBC and cherishes the BBC feels proud to work there. Then in my view that would produce a better output inevitably.”

Mr Sharp, who was once Chancellor Rishi Sunak’s boss, told MPs he would donate his salary to charities of his own choice, as he had done when he sat on a Bank Of England committee.

“I think that all positions have to provide appropriate financial incentives,” he said.

“I was asked to sit on a financial policy committee at the Bank Of England and every year…I asked not to be paid and the pay I was given I gave to charities that I chose.

“I intend to do the same should I be appointed.”

Mr Sharp will take over from Sir David Clementi as the BBC faces scrutiny over issues including equal pay, diversity, free TV licences for the over-75s and competition from streaming services such as Netflix, as well as the ongoing coronavirus crisis.

He told MPs the broadcaster’s representation of voices in the Brexit debate had been “unbalanced” but defended its record on impartiality.

Asked whether he was a supporter of Brexit, he replied: “I am considered to be a Brexiteer.”

On whether he believed the BBC’s coverage of Brexit had been unbalanced, he added: “No, actually I don’t.

“I believe there were some occasions when the Brexit representation was unbalanced.

“So if you ask me if I think Question Time seemed to have more Remainers than Brexiteers, the answer is yes, but the breadth of the coverage I thought was incredibly balanced, in a highly toxic environment that was extremely polarised.”

Mr Sharp said he had donated approximately £400,000 to the Conservative Party in the past 20 years, plus £2,500 around the time of the last general election.

He said he was not in favour of the decriminalisation of the licence fee, describing it as “the least worst” method of funding the BBC.

He said: “The question is, ‘Is the BBC value for money?’ Yes it is. How do we raise that money? That is certainly an issue. I happen to be satisfied looking at it in a relatively superficial way that the current process is fit for purpose.”

Challenged over leaks to various newspapers that he was the frontrunner for the position, Mr Sharp said he was surprised and “very disappointed”.

Mr Sharp also stressed the importance of serving the BBC’s regional audience, telling MPs: “If the BBC doesn’t mean anything to somebody in Sunderland then it is failing.”