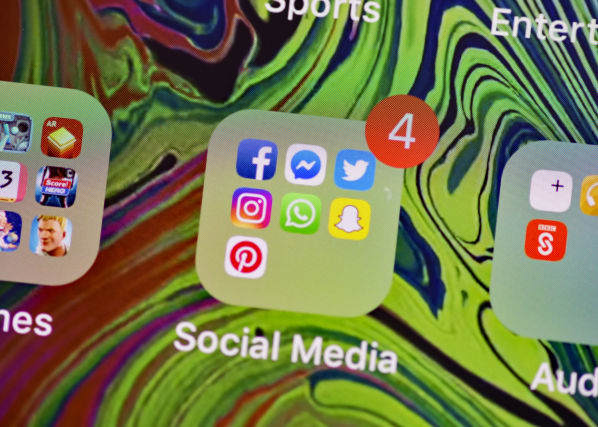 Proposed laws to regulate social networks will not be affected by US trade negotiations, the minister for digital has said, after MPs expressed concern that they could be “watered down”.

Amid fear that clauses in a trade deal could be included to protect social giants based in the US, former culture secretaries Jeremy Wright and Karen Bradley are reportedly among the names on a letter seeking assurances.

The pair, as well as MP Damian Collins, former chairman of the culture select committee, and peer Baroness Kidron, wrote to International Trade Secretary Liz Truss asking that the Online Harms Bill does not play a part in a final deal, according to The Telegraph.

Big tech is already facing greater calls for regulation after the two heavyweights, Facebook and Twitter, decided to ban Donald Trump following the US Capitol riot. Facebook opted to suspend Mr Trump until at least the handover to President-elect Joe Biden on January 20 while Twitter has implemented a permanent suspension.

The letter is said to warn against undermining “the safety and sovereignty of protections for UK citizens online”.

They also argue that Section 230 – a piece of US law that protects websites from lawsuits based on what a user posts – would result in a “flood of litigation from US tech against any child protection regulation” which would ultimately lead to “watering down and delaying any of the Government’s plans to improve children’s safety online”.

But Caroline Dinenage, Minister for Digital and Culture, has said the Government “stands by” the Bill and it will not be affected by trade talks across the Atlantic.

“There is no ambiguity here,” she wrote on Twitter.

“The Government stands by its online harms commitment and data protection standards, and nothing in the US trade deal will affect that.”

Online harms legislation is expected to be brought before Parliament this year, placing greater emphasis on social media firms to comply with a duty of care to their users, under the watch of Ofcom as regulator.

Failure to comply could lead to multimillion-pound fines and being blocked in the UK.