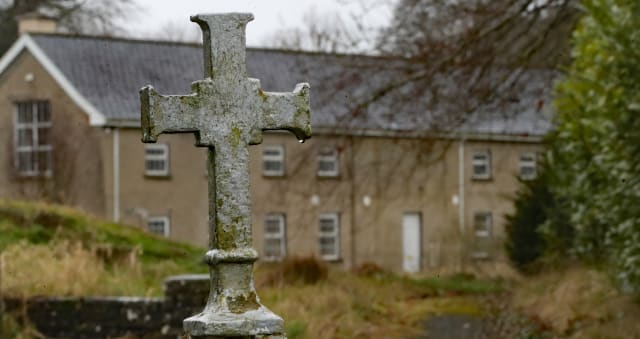 The Irish premier has apologised for the “profound generational wrong” on the survivors of homes for unmarried mothers and their children.

Micheal Martin said the mothers and children were failed by the State.

Speaking in the Irish parliament, the Dail, the Taoiseach said: “I apologise for the shame and stigma which they were subjected to and which, for some, remains a burden to this day.

“In apologising, I want to emphasise that each of you were in an institution because of the wrongs of others.

“Each of you is blameless, each of you did nothing wrong and has nothing to be ashamed of.

“Each of you deserved so much better.

“The lack of respect for your fundamental dignity and rights as mothers and children who spent time in these institutions is humbly acknowledged and deeply regretted.

“The Irish State, as the main funding authority for the majority of these institutions, had the ultimate ability to exert control over these institutions, in addition to its duty of care to protect citizens with a robust regulatory and inspection regime.

“This authority was not exerted and the State’s duty of care was not upheld.

“The State failed you, the mothers and children in these homes.”

Mr Martin said it is the duty of a republic to be willing to hold itself to account.

He said the Commission of Investigation into Mother and Baby Homes report recognises a “profound failure of empathy”.

Paying tribute to the survivors and campaigners, he added: “Its (report) production has been possible because of the depth of courage shown by all those who shared their personal experiences with the commission.”

The report found that the institutions for women who fell pregnant out of wedlock produced high levels of infant mortality, misogyny and stigmatisation of some of society’s most vulnerable.

Many mother and baby homes were run by Catholic nuns.

It also found “appalling” levels of death among the very youngest – more than one in 10 children.

Mr Martin delivered the public acknowledgement on behalf of the State on Wednesday.

Children’s Minister Roderic O’Gorman said it is important that a “clear and unambiguous” apology is made by Mr Martin on behalf of the State to say “sorry for what happened to the women who entered these homes, to the children who were born within these homes”.

Speaking on RTE Radio 1’s Morning Ireland programme, Mr O’Gorman said: “It is clear that the State and successive governments failed in any way to address this issue.”

However, survivors had called for Mr Martin to delay the apology to allow them time to read the extensive report in full.

Labour leader Alan Kelly was also critical of the Government’s decision to press ahead with the apology despite pleas from survivors.

“(The apology) could have been made on a date agreed with the survivor groups and their families,” he added.

“Government have decided to proceed, but our view is that a date would be agreed whereby survivors and their families will have time to digest the report.”

Mr Kelly said it is an important day in Irish history as the Dail discusses the report, which, he said, has lifted a lid on what happened in Ireland over many decades.

“Today is the beginning of a process rather than a conclusion of a process, and it’s really about how the victims and their families are treated by the State that failed them,” he added.

“Not just the State, but also religious institutions and many other actors in this country who let down these people in such a terrible way.”

Mr O’Gorman also said that, from the end of February, his department will be in a position to address subject access requests regarding personal information contained in the archive of investigations, and that he will be “prioritising” new legislation giving people the right to access vital personal information about themselves.

He hopes the proposed legislation will be introduced in parliament for scrutiny by the end of the year.

But Mr Kelly said he is concerned by this timeframe.

“I was very worried, and indeed many people are upset, when he (Roderic O’Gorman) said this legislation will take until to the end of the year.

“For us that is not acceptable and it needs to be dealt with immediately.

“We brought in emergency legislation on many different occasions and surely getting the entitlement to information and records is the least that these people deserve, so that should be absolutely prioritised.

Some of the institutions were owned and run by the local health authorities – the county homes Pelletstown, Tuam and Kilrush.

Others were owned and run by religious orders; for example, the three homes run by the Congregation of the Sacred Hearts of Jesus and Mary, Bessborough, Sean Ross and Castlepollard (the Sacred Heart homes).

The head of the Catholic Church in Ireland, Archbishop Eamon Martin, has apologised to survivors.

Some of the homes were in very poor physical condition.

Many of the women suffered emotional abuse and were often subject to denigration and derogatory remarks, the commission of investigation’s report said.

Almost 9,000 children died, approximately 15% of all youngsters who were in the institutions, it found.

The proportion of women admitted to such homes in Ireland was probably the highest in the world in the 20th century, the commission of investigation said.

There were about 56,000 unmarried mothers and 57,000 children in the 18 mother and baby homes and county homes investigated.