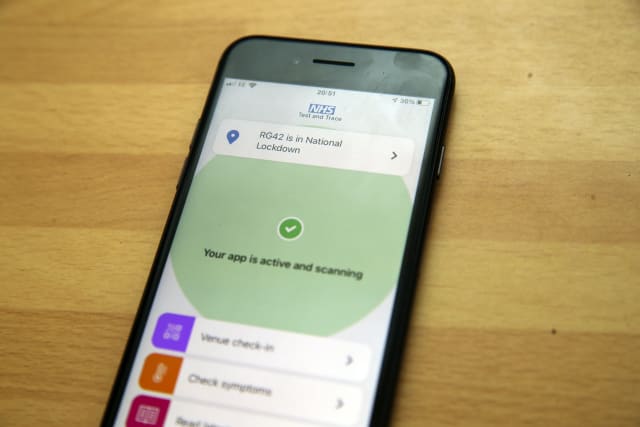 The developers of the NHS Covid-19 contact tracing app have confirmed they are working with Google to fix a notification bug in the Android version.

A number of app users on Google’s Android operating system have reported receiving a notification which says the app is loading, but no change takes place within the app and the notification does not disappear.

The app, which is for residents of England and Wales, uses Bluetooth on smartphones to keep an anonymous log of other app users that an individual comes into contact with, informing them if they have been near someone who tests positive for the virus and what to do next.

“We are aware of an issue affecting Android users of the #NHSCOVID19app who are receiving a loading screen notification,” the message said.

“We are working with Google to urgently investigate and resolve the issue as soon as possible.”

Since launching in September, the app has suffered from several bugs, including a “ghost notification” issue where users were sent alerts saying the app had detected a “possible Covid-19 exposure” but would then give no further instructions or details.

Another glitch saw users who had their phone set to a language other than the 12 initially supported by the app be presented by a blank screen when opening the app.

Both issues were fixed last year.