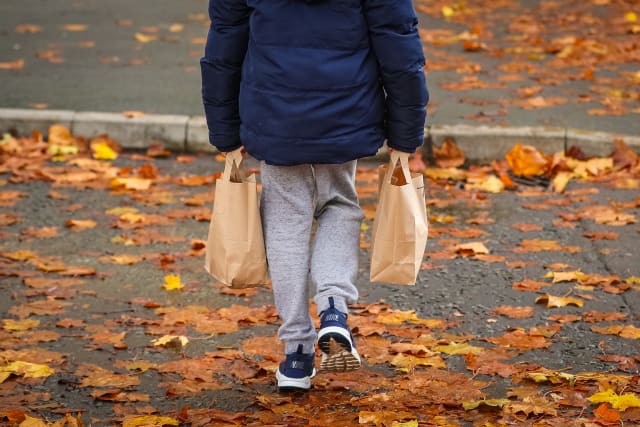 Free school meals are back in focus after pictures of meagre food parcels sent to families were widely shared on social media.

The food packages have sparked condemnation from a range of people including the Prime Minister, Manchester United footballer Marcus Rashford and cook Jack Monroe.

– Have children been receiving school meals during the pandemic?

Yes. The Government said schools in England should provide meal options for all eligible pupils, including vulnerable children and the children of key workers, regardless of whether they are being educated in the classroom or at home.

Meals should be available free of charge to all infant pupils and those who meet the benefits-related free school meals eligibility criteria.

It said schools may consider working with their school catering team or an external food provider to provide good quality lunch parcels to eligible pupils who are at home.

Around 1.3m children in England are eligible for free school meals.

– What has Marcus Rashford got to do with it?

The England star became known for food poverty campaigning during the pandemic, forcing a Government U-turn on offering free school
meal vouchers over the summer holidays.

The 23-year-old has drawn widespread praise for highlighting the issue, with his campaigning also resulting in the Government back-tracking to announce free meals would be provided to disadvantaged children over the Christmas holidays too.

He described the food offerings shown in pictures that emerged this week as “just not good enough” and called for the system to be fixed “quickly”.

– What did the pictures of food on social media show?

– Who put the parcel together and have they explained their efforts?

Education Secretary Gavin Williamson said it has been made clear to Chartwells, the company that provided the pictured parcel, as well as the entire education food sector, that such behaviour “will not be tolerated”.

Chartwells said the picture shows five days of free school lunches (not 10 days) and the charge for food, packing and distribution was £10.50 and not the £30 suggested by Sarah.

The company said they are very sorry that the quantity has “fallen short in this instance”, later adding that they will be adding breakfast into their parcels from January 25, which will be free to schools for all children eligible for meals.

Rashford, who said he had reached out to Chartwells, tweeted that they had clarified that they were not the exclusive supplier of free school meals across the UK.

– What is a food parcel expected to contain?

The Government website provides a link to a webpage which sets out some general principles for putting together a food parcel.

It includes a list of food items billed as an example parcel for one child for five days.

The list includes: one loaf of bread or pack of rolls/10-inch wraps, two baking potatoes, one cucumber, three large tomatoes or one pack of cherry tomatoes, one standard tin of sweetcorn in water, five portions of fresh fruit (eg apples, satsumas, bananas) or three portions of fresh fruit and one tin fruit in juice (eg pears, peaches, fruit cocktail), two items from the following: one pack of sliced cooked meat (eg chicken, ham or vegetarian alternative) or one tin of meat or one tin of tuna in water or six eggs, 200g block of cheese or three cheese portions, one tin baked beans, one 500g pot plain low-fat yoghurt or three individual serving yoghurt pots, one litre / two pints semi-skimmed milk.

– Can families receive vouchers instead?

Yes, soon. Mr Williamson said the national voucher scheme for free school meals will relaunch next week, after education leaders, campaigners and MPs called on the Government to roll out the programme urgently.

People will receive an email from supplier Edenred by January 14, advising on how to either reset their password or activate their account for the first time.

They will then receive an email confirming when they can order vouchers during the week commencing January 18.

Once families have received their voucher, they will be able to redeem them in store by either presenting a paper copy or showing it on a smartphone.

What about pupils in other parts of the UK?

The governments in Scotland, Wales and Northern Ireland make their own provisions for school lunch funding.

In Scotland, local authorities and schools use different approaches depending on their individual circumstances and in response to local needs, including cash payments to families of eligible children; supermarket vouchers; home deliveries or through attendance at school.

In Wales, councils are able to make a payment to cover the provision of school meals where needed.

In Northern Ireland, a payment will be made on Friday January 15 to the parents and guardians of all children, including vulnerable children and children of key workers, who are entitled to free schools meals for the period of January 4 to January 22.