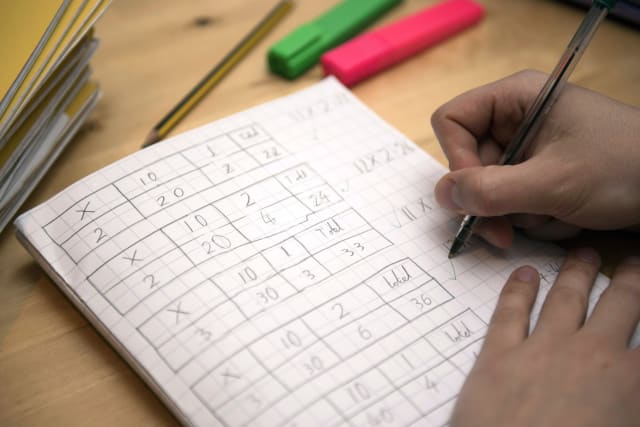 An academic selection test for primary school pupils in Northern Ireland has been cancelled to end weeks of uncertainty caused by coronavirus restrictions.

The assessment run by a private company was due to be held on February 27 but soaring numbers of hospital admissions have forced a tough lockdown and disrupted lessons.

Health chiefs have warned the measures could continue well into next month.

He said: “We are sorry for the distress caused.

“Everyone is working with the uncertainty of Covid as restrictions change very quickly and we have been reacting.”

He told the BBC’s Evening Extra programme: “Of course we do not want to cause uncertainty and that is why we have come out with this announcement today.”

Sinn Fein, which is an opponent of academic selection, had called for the test’s immediate cancellation while the DUP, a supporter, accused its rivals of using the pandemic as a way to attack the process.

AQE and another private company, PPTC, run several tests each year to facilitate grammar schools in selecting their intake of primary school pupils on the basis of academic performance.

Earlier this month both providers announced the scrapping of tests scheduled in January due to the Covid-19 crisis, having already postponed the exams from their traditional November slot.

AQE’s subsequent decision to reschedule a single exam for February 27 had created a storm of controversy, dividing parties in the Stormont executive.

Following its board meeting on Wednesday the AQE said: “The test scheduled for Saturday 27th February will therefore not take place.

“The health and safety of the children due to sit the exams is our top priority.”

AQE operates on behalf of 34 grammar schools in Northern Ireland.

DUP Education Minister Peter Weir said he was disappointed since the assessments had provided parental choice and opportunity for children to gain a place at a post-primary school of their choosing.

Contingency criteria should be finalised soon by schools and will be published by Northern Ireland’s Education Authority on February 2.

The country is the middle of a strict six-week lockdown as hospital admission numbers continue to surge.

The deaths of an additional 19 people with Covid-19 were announced on Wednesday, along with another 1,145 positive cases of the virus.