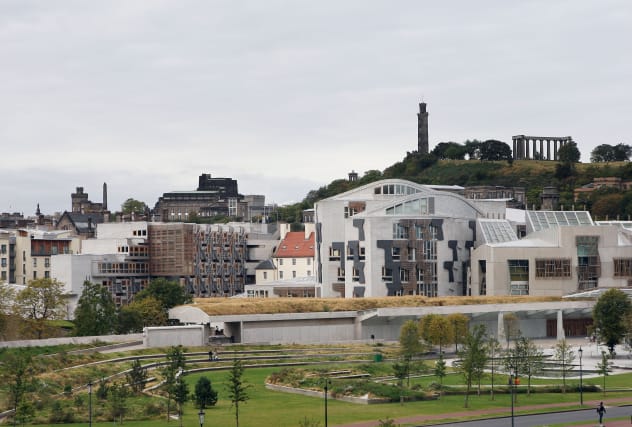 The Holyrood budget is set for a £16 million increase to help MSPs’ staff deal with the “unsustainable” workloads they currently face.

Pay for all MSPs has been frozen for the next year amid the impact of the coronavirus crisis, but the cost to taxpayers of running the Scottish Parliament needs to rise by an “unprecedented” 16.9% next year, Holyrood’s Finance Committee has been told.

The Scottish Parliamentary Corporate Body (SPCB) has argued the “volume, as well as the complexity” of the workload for most elected members and their teams has drastically increased as a result of the pandemic, Brexit and increasing powers devolved to Holyrood.

In its submission, the SPCB said: “This pressure is not only unsustainable but has the potential to undermine the service we provide to the people we are elected to represent: members’ constituents.”

The increase could be used to employ additional staff, pay for longer hours or to allow higher wages.

Meanwhile, £2.6 million has been allocated for the Scottish Parliament election in May and preparation for the local government ballot the following year.

The total increase will take the combined annual revenue and capital budgets from £94.6 million to £110.6 million.

“From the survey of members and staff that we undertook over the course of the summer that provided the evidence for the decision we took, a significant majority were experiencing an unprecedented increase in workload; not just in the quantity, but the complexity of that casework.”

The pandemic has also increased the projected costs for next year, Mr MacArthur said.

“The current, temporary way of running Parliament is more rather than less expensive, and it is unlikely to be a linear process back to normal,” he said.

In December, MSPs indicated they would reject a “wholly inappropriate” pay rise, instead opting to freeze their salaries.

MSPs’ pay rises are linked to public sector salaries and meant members would have been in line for a 5.1% increase in 2021.

An MSP’s salary is currently £64,470 following a 1.4% pay rise last year, with additional financial entitlements for ministers and officers of the Parliament.

In a letter to MSPs in December, Mr Macintosh wrote: “In the midst of a public health crisis with such devastating economic consequences and hardship for so many households, the Scottish Parliament Corporate Body (SPCB) unanimously agreed yesterday that it would be wholly inappropriate for the ASHE index to be applied to MSP and ministerial salaries next year.

“These are exceptional circumstances and no other decision would have been appropriate or welcome at this time – either inside or outwith Parliament.

“Now, more than ever, is a time for political leadership where our own salaries are concerned.”

Deputy First Minister John Swinney welcomed the plan, and said: “I think it’s absolutely the right decision to have taken and I think it’s correct in these circumstances.

“The pay of ministers has been frozen at 2008-09 levels, so that’s been frozen for some considerable time, but I unreservedly welcome the decision that Parliament’s taken today.”