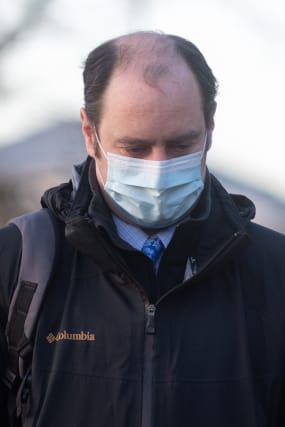 A paramedic has been found guilty of raping a patient in her own home and of sexually assaulting another female patient in the back of his ambulance.

Andrew Wheeler, 46, of Mill Green, Warboys in Cambridgeshire, was on duty in a rapid response car when he was called to help a woman who had collapsed at her friend’s house in 2018.

He drove the woman, who was drunk, to her own house where he raped and sexually assaulted her.

Jurors at Peterborough Crown Court convicted him of both offences after three days of deliberation.

The jury also convicted Wheeler of raping a second woman in 2009 on an occasion when she was not a patient, and of sexually assaulting her in the back of his ambulance when she was a patient in 2010.

Noel Casey, prosecuting, earlier told the trial that Wheeler had been “abusing the trust that an NHS uniform brings with it”.

Mr Casey said that Wheeler was working as a single-crew paramedic when he was called to the incident involving the drunk woman.

Wheeler reassured two other paramedics who arrived as a dual-crew that he had things under control and would stay to finish up paperwork, Mr Casey said.

The paramedic then drove the woman to her house where he raped and sexually assaulted her.

As Wheeler left the woman’s home “he said something about losing his job and nobody would believe her as she was an alcoholic”, Mr Casey said.

The woman reported the incident to police and he was arrested later that day.

The woman who was sexually assaulted in the back of an ambulance had dialled 999 as she was experiencing breathing difficulties, Mr Casey said.

“He took the opportunity to touch her breasts and while administering adrenalin he said ‘that’s not the first time I’ve had to jab you with something’,” he told the trial.

Mr Casey earlier told jurors that the woman was a patient who “was struggling to breath in the back of an ambulance”.

“He was there as a clinician wearing an NHS uniform,” he said.

Wheeler had denied 18 sexual offences against four women and one girl.

Wheeler was cleared of causing sexual activity without consent in respect of a third woman patient.

He was also cleared of six counts of rape against a woman who was not a patient.

The jury was discharged on Monday, having failed to reach verdicts in respect of five counts of rape against the woman who was not a patient.

The jury’s verdicts could not be reported until Tuesday due to a court order that was put in place to allow prosecutors time to consider whether to pursue a retrial.

The order expired on Tuesday afternoon, with the judge confirming it had been lifted.

Judge Matthew Lowe remanded Wheeler in custody until sentencing on February 12 to allow time for a report to be prepared about the defendant.