Mother ‘given wrong information about where child buried’ 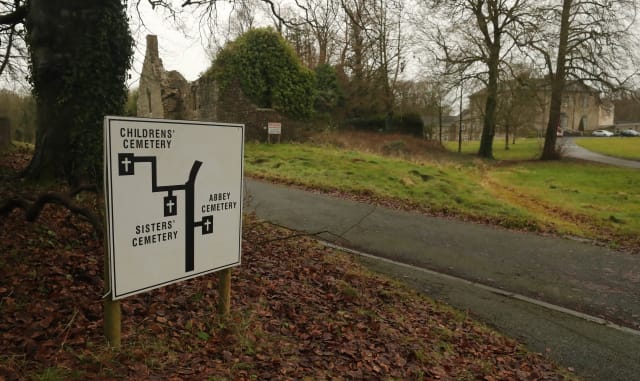 At least one mother was given wrong information about where her child was buried, Ireland’s commission of investigation has said.

Thousands died at mother and baby homes over many decades.

A number of the unmarried mothers never spoke about this to other family members, the commission added.

It said: “Despite the fact that thousands of babies died, the commission is aware of only a few mothers, who were not in the institution when the child died, who subsequently sought information on the burial locations of their children.

“At least one was given incorrect information – this was unforgivable.”

One of the most notorious homes was at Tuam in Co Galway in the west of Ireland, where significant human remains were found.

Local historian Catherine Corless discovered that 796 children had been buried there.

The Mother and Baby Homes Commission was formed in response.

Its report said: “There is likely to be more local information about the Tuam burials than has been forthcoming.”

The commission made “serious efforts” to discover Department of Local Government documentation relating to the housing development on the site of the Tuam Children’s Home.

It has failed to discover such in the National Archives, despite the fact that documentation on many contemporaneous housing schemes is readily available there.

It said: “The commission notes that no progress has been made in relation to the site at Tuam where human remains were discovered in 2016.

“It does appreciate that the Government is trying to establish an agency to deal with the matter.

“This delay underscores the enormous practical difficulties in establishing exactly who is buried there.”

The commission considered that services such as counselling should be made available to those former residents who need them but noted many were managing very well without dedicated State support.

It said a decision on financial redress was a matter for the Government.

It criticised the exclusion of former Tuam residents from a Residential Institutions Redress Scheme previously established.

It said: “It is now clear to the commission that the group whose exclusion is most egregious is the former child residents of the Tuam home.”

It added: “The children who were resident in the other mother and baby homes without their mothers also have a strong case for being considered for redress.”

The commission said it was a matter for former residents as to what type of memorial they would like to see.

It added the Government could consider earmarking a specific fund for current disadvantaged children, such as those with special needs, and naming it in honour of, say, the children who died in Tuam.