Military helicopters ‘could evacuate Covid patients from Isle of Wight’ 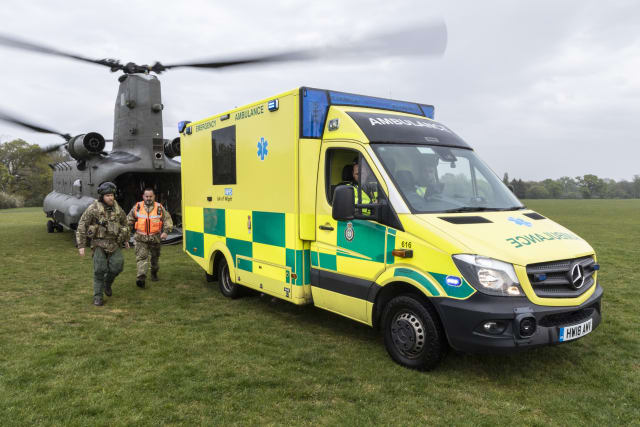 Covid-19 patients could soon be evacuated from the Isle of Wight by military helicopter following a 10-fold increase in cases, according to the local NHS trust.

The island had seen one of the lowest rates in the country, allowing it to remain in Tier 1 – the lowest level of restrictions.

Cases increased rapidly before Christmas, propelling it into Tier 4, prior to the national lockdown being imposed.

Stephen Parker, the medical director of the Isle of Wight NHS trust, has said he is planning “unthinkable options” to cope with the increase including evacuating patients to the mainland using a military Chinook helicopter.

In April 2020, a test flight was carried out using a 27 Squadron Royal Air Force Chinook to land close to St Mary’s Hospital in Newport to transfer patients to the mainland.

Mr Parker told The Guardian this method might need to be deployed by the end of January.

“I think it really is important to realise that we are one of the smallest hospitals in the country; we are challenged about moving patients and we could be overwhelmed.”

Isle of Wight Council leader Dave Stewart said at the point of moving into Tier 4: “Sadly, our case numbers have risen rapidly just prior to the Christmas period; far faster than at any other point throughout the pandemic.

“All of the good work we have been doing to protect our Island community from this virus seems to have been undone in a very short space of time, which goes to show how dangerous this virus is.”