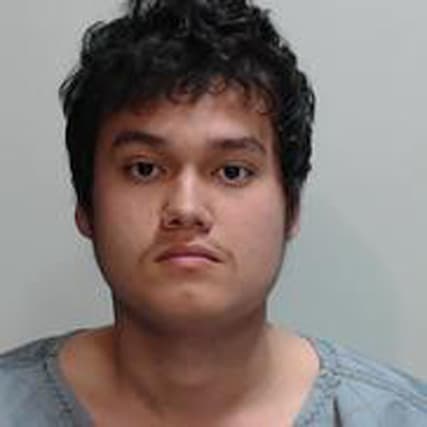 A man found guilty under the Terrorism Act of possessing weapons including a crossbow and machete has been sentenced to 10 years in prison.

Gabrielle Friel was found guilty of possessing the weapons at various locations in Edinburgh last summer including his home, a social work centre and a hospital in circumstances giving rise to the reasonable suspicion that possessing them was for a purpose connected with terrorism.

The 22-year-old appeared via video link at the High Court in Edinburgh on Tuesday where Judge Lord Beckett imposed the sentence with a five years extension subject to licence.

Friel was found guilty of possessing a crossbow, scope, crossbow arrows, a machete and a ballistic vest between June 1 and August 16 last year.

A second charge that he prepared for terrorist acts by researching spree killings, particularly those connected with incels – people who are involuntarily celibate – was found not proven after a five-day trial at the court in December.

Friel denied both charges and gave evidence in his own defence during the case, saying mass shooting was a “fantasy” for him and he “felt for” incel mass murderer Elliot Rodger, but denied being an incel and described killers as “evil”.

He had told a doctor he wanted to “carry out a mass shooting” and his social worker reported he appeared to “almost idolise” Rodger.

Friel claimed he also wanted to commit “suicide by cop” when he stabbed a police officer at Edinburgh College’s Granton campus in November 2017.

The court heard Friel was sentenced to 300 hours of community service after pleading guilty at a hearing in June 2018 to the stabbing, which endangered the officer’s life.