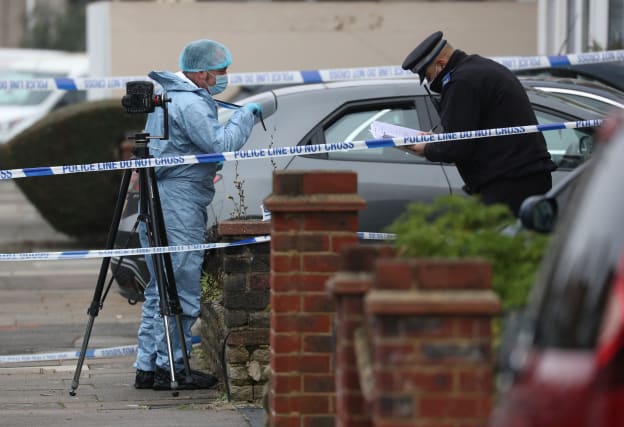 A 51-year-old man has been charged with murder over the fatal stabbing of two men at a house in east London.

Police were called to Tavistock Gardens, Ilford, at around 4.30am on Sunday following reports of a disturbance.

The victims, Dainius Kulboka, 44, and Jonas Semenas, 45, were pronounced dead at the scene.

A post mortem conducted at East Ham Mortuary on Tuesday found the cause of death for both men to be stab injuries.

They were both Lithuanian nationals, the Metropolitan Police said.

Vytautas Garmus, a Georgian national, has now been charged with two counts of murder and is due to appear at Highbury Corner Magistrates’ Court on Wednesday.

A 28-year-old woman was also found injured at the scene and was arrested on suspicion of murder.

Police said a Taser was discharged during the arrest. The woman was taken to hospital for treatment to her injuries and then taken into police custody.

She was later released and remains under investigation, the Met said.