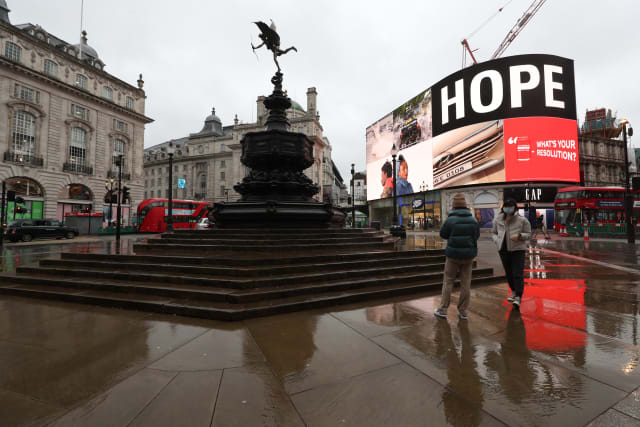 One of the UK’s biggest commercial landlords has seen a slump in rent collections in the final three months of 2020 as tenants – particularly retailers – struggled to make payments.

Land Securities, also known as Landsec, said rent collection due on December 25 was just 65% – compared with 94% at the same point a year earlier.

Bosses had been due £112 million in rents.

Some £11 million had already been deferred, reduced or cancelled by agreements or due to administrations and company voluntary arrangements (CVA).

But a further £35 million went missing, including £14 million which is pending documentation of agreed concessions.

Office tenants were the best payers, with 87% making the rent deadline.

But the rest of Landsec’s central London estate, mainly made up of retail and leisure businesses, slumped to just 29%.

Only 36% of rents due by regional retail tenants was paid as lockdowns and tier restrictions in the run-up to Christmas led to closures.

Commercial landlords have been particularly concerned about the state of high streets, with London hit harder than other areas of the country.

The capital has remained a ghost town since November’s lockdown – with just a handful of busier days between the end of the lockdown and introduction of tiering, which saw non-essential retailers close their doors again.

In the nine months to December 24, Landsec said the total gross amount due had been £553 million.

Insolvencies and CVA agreements saw that fall £15 million, it fell a further £21 million with agreed discounts and £8 million in deferred payments.

The company has an £11.8 billion portfolio spanning 24 million square feet, including the Piccadilly Lights in the West End and the regeneration of London’s Victoria.

The news from Landsec comes a day after rival British Land revealed it managed to collect less than half of the rent it is due from the shops and other retail outlets that rent its space, as two-thirds of them were forced to close in January.

British Land said it had collected 46% of December rents by Thursday last week, seven days after they were due.