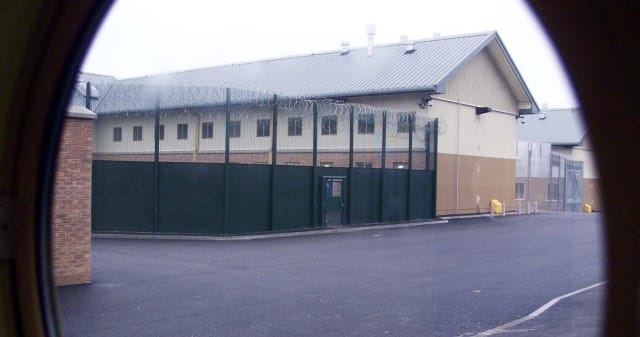 The Home Office has been threatened with legal action after being accused of trying to build a “prison-style” camp for asylum seekers while their claims are being considered.

The department wants to build temporary accommodation for around 200 asylum seekers next to Yarl’s Wood immigration removal centre in Bedford, in a move branded “cruel” and “inhuman” by critics.

It is thought the site could start being used within days for at least three months.

As of December, the Government was housing 61,327 asylum seekers compared with around 47,000 a year earlier, according to the Home Office, which says it needs to find more accommodation in order to meet its legal obligations.

Chris Philp, the minister for immigration compliance, said: “To ensure we have sufficient accommodation available to meet our statutory obligations we plan to use a vacant site adjacent to the existing immigration removal centre to accommodate asylum seekers while their claim is being fully processed.”

But Bedford resident Rosie Newbigging has disputed the legality of the plans.

Lawyers acting on her behalf from Duncan Lewis Solicitors have sent letters before action to the Home Office and Bedford Borough Council in a bid to stop building taking place.

They claim the plans could be unlawful and the Government is cutting corners by failing to obtain planning permission or carry out the necessary impact assessments in its haste to set up the new facility.

Concerns have also been raised about a failure to meet equality duties as the site will be used by people “who are by definition foreign nationals and from black or other ethnic minority racial backgrounds, may hold religious beliefs and may or do have a disability and/or a history of torture or other serious ill-treatment”, the letters seen by the PA news agency said.

Should the Home Office and the council fail to explain the “legal and planning position in full, we will have no choice but to commence an action for judicial review on the claimant’s behalf and recover the costs from you”, the letters warned.

Ms Newbigging said she was prompted to take action after having a “gut reaction of horror” to an “awful set of plans” to “place people seeking asylum in portacabins on wasteland” and intends to take the case to court if the plan is not scrapped.

Describing Yarl’s Wood as “the most desolate place in the middle of nowhere” – and not somewhere to take people who could be victims of trafficking, fleeing war or facing abject poverty – Ms Newbigging said there is alternative accommodation available, such as hotels currently lying empty amid the lockdown.

She told PA: “It’s just cruel. It’s just wrong on a human level. We should be treating people with kindness and support.”

A crowdfunding campaign has been launched, with more than 1,000 people so far having signed a petition to stop the move, while migrant charities have also hit out at the plans.

Clare Moseley, founder of Care4Calais, said: “The prison-style camp the Home Office is building at Yarl’s Wood will be a place of misery for refugees, when what they need is a place of safety.

“It’s increasingly clear that the Government cut corners forcing this rush-job through, and we hope legal action can put a stop to their inhuman plan.”

He said: “The Government must urgently rethink its decision and start acting with compassion and common sense.”

The Home Office insists the accommodation will meet the standards required, will be safe and Covid-secure, habitable and fit for purpose, adding that it was committed to being open and transparent on the subject.

Asylum seekers on the site would be separate from the immigration removal centre and would be free to enter and leave as they wish and the safety and security of all those involved, as well as the nearby community, was paramount, a department spokeswoman said.

Any legal action or correspondence would be carefully considered, she added.