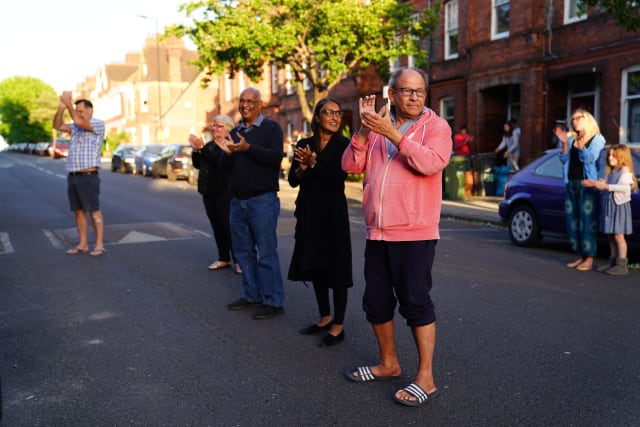 More than one third of people feel closer to their local community as a result of the coronavirus pandemic, survey results suggest.

Almost 70% of people said they feel part of their locality, and 35% said Covid-19 has boosted this sense of belonging, according to a poll of 7,000 Britons by market researcher Opinium.

The survey suggested a desire to help those suffering alone amid lockdown restrictions helped generate this societal shift – with almost half of respondents saying they saw tackling isolation as important for their community’s wellbeing in the year ahead.

Some 43% also said helping the local economy was a significant drive, and 39% cited supporting people’s mental health as an important factor, results of the survey for the National Lottery show.

The poll, which was conducted between November 27 and December 8 2020, also showed that one third of Britons plan to be more involved in their local community this year.

Some 65% said they felt local volunteers and charities deserve more recognition for their work, and more than one third said they want to see more support for them in 2021.

Some 54% said their main concern for their community was safety on the streets and 52% said they wanted to prioritise access to green spaces.

Faiza Khan MBE, a director at The National Lottery Community Fund, said many communities “demonstrated the amazing things people can do to support each other during challenging times”.

Ms Khan said: “This research shows the power of that collective endeavour and the profound impact on how we feel about the areas we live in and the people around us, making more of us appreciate our community and want to get involved.”

The National Lottery regularly funds community projects, and during 2020 it distributed over £650 million to groups across the UK which were working to tackle issues including loneliness, environmental projects, and supporting young people.

David Elliot, the chief executive of Tree for Cities, which works with local communities in the UK to cultivate green spaces in neighbourhoods and encourage people to grow their own food, said funding from The National Lottery has helped the charity “deliver more transformational greening projects and connect more young people with nature”.