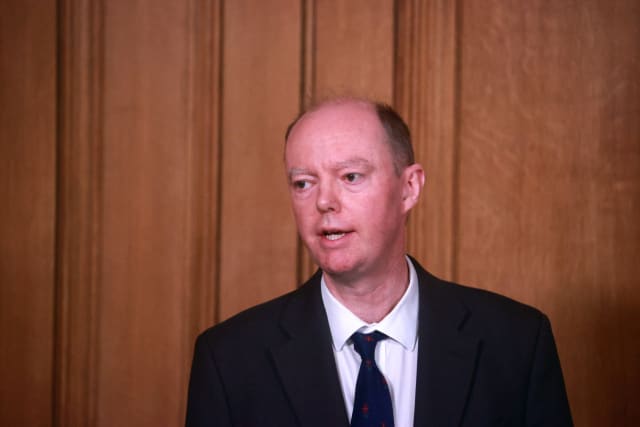 Some people who shielded during the first national lockdown felt “imprisoned” at home, England’s chief medical officer has acknowledged.

Professor Chris Whitty told BBC Breakfast that the current shielding rules are “much more similar” to those introduced in March compared with the November lockdown.

“But they’re not completely the same and this is to recognise the fact that many people felt really imprisoned by the shielding rules the first time around, which was not the intention.

“So there’s a recognition that we needed to adjust that.

“And, for that reason, some of the shielding rules have been slightly relaxed.

“But the general principle (is) that people who are on the shielding list need to take real care at the moment, because of this very high rate of the virus.”

The extremely clinically vulnerable who were previously told to shield are now advised stay at home and only leave for medical appointments and exercise.

They are advised to keep contact with people outside their household to a minimum, but are permitted to meet one person from another household outside for exercise.

The measures mark a slight relaxation from last spring, when shielding patients were told to stay at home at all times and medical appointments were advised to be done at home.

On people who are shielding and have received their vaccination, Prof Whitty cautioned that protection is not immediate, with a delay of 10 to 21 days after getting a dose.

And he said that the first dose will give protection to a “large degree”, but this is not complete protection.

He continued: “So there’s a very big risk of people going out and being exposed and, even if they got a significant protection of the vaccine, it’s not complete.

“So we need to do two things: we need to vaccinate everybody who is vulnerable so that they have the substantial protection from the vaccine, but we also have to get the rates down in the community, so when people go out the chance of them coming into contact with someone with the virus is a lot lower.”