MPs express concern about minority groups missing out on vaccines 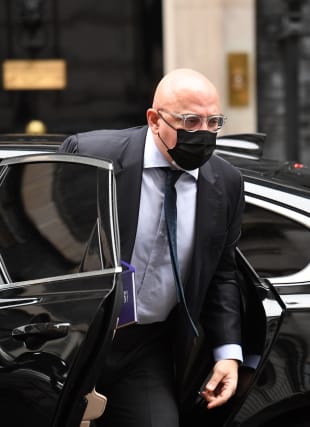 MPs have expressed concerns over groups – including the elderly and those in the BAME community – who might be missing out on Covid-19 jabs.

Following an update on the Covid-19 vaccination programme from vaccines minister Nadhim Zahawi, MPs said some elderly individuals in their constituencies are not receiving appointments to have their vaccines.

Concerns were also raised that some people from black, Asian and ethnic minority communities (BAME) might not be taking up the vaccine at the same rate as other groups.

Sheryll Murray (South East Cornwall) said: “Subsequent to the question from (Bob Stewart), I too am starting to get queries about vaccinations from elderly residents at the moment. But I am sure this will expand as the rollout progresses.

“People could be missed. What facilities is (Mr Zahawi’s) department putting in place to help answer questions from very worried constituents quickly?”

Mr Zahawi replied: “All I would say to her is the combination of standing up hospitals, the primary care networks supported by community pharmacies and now the national vaccination centres – all the residents within those four cohorts should be captured by the primary care services who know their communities really well.

Conservative MP David Johnston (Wantage): “I congratulate my honourable friend on the start to the vaccination programme. Local health leaders in Oxfordshire have made a great start too but they report a worrying trend of those from ethnic minorities not taking up the vaccine at the same rate as other groups.

“Could my honourable friend set out his strategy to make sure that all our constituents take up this vital vaccine?”

“And of course working with BAME communities is incredibly important as part the overall strategy to focus our attention to make sure all those communities come forward especially those who work in our care homes that care for the residents, many of them from BAME communities.

“And the more that they see people like themselves taking the vaccine, getting protected, the more effective our strategy is to deliver that protection to those communities.

Labour MP Karen Buck (Westminster North) then said: “Following on very closely from that question, does the minister agree with me that one of the key ways we’re going to be able to counter some of the very virulent anti-vax and indeed Covid denial messages that are out there on social media – and that are impacting particularly in some communities – need to be countered not just by a myth-busting approach but by the peer-to-peer positive example messaging within local communities, within faith groups, between neighbours, in local social media networks.”

Mr Zahawi replied: “I also sadly see it among the community that myself and my wife come from where there is a lot of disinformation not only on social media but very clever and evil uses of platforms like WhatsApp to share videos to scare people into not having the vaccine.

“And she’s absolutely right that local government have a central role to play in this. Local public health leaders as well.

“We’re engaging with them and of course making sure that local leaders throughout the UK are engaging in telling the story. She’s right to say the most effective way is people to see someone like them actually taking the vaccine and be protected.”

Conservative MP Rob Butler (Aylesbury) called for vaccines to be available in his area “in days rather than weeks”.

He added: “The national rollout is undoubtedly extremely impressive but unfortunately its benefits are not yet being felt in Aylesbury.

“Residents there are increasingly concerned that they have been left behind and it has been extraordinarily difficult for Buckinghamshire’s MPs and council to get definite information about where and when vaccines will be available.

“So can (Mr Zahawi) confirm that there will start to be vaccines available in Aylesbury in days rather than weeks?”

Mr Zahawi replied: “Absolutely. We have to make sure that his residents are within 10 miles of a vaccination site as soon as … the end of this month, as early as possible, to get vaccinating.”