More than 370,000 get second vaccine dose, according to NHS data 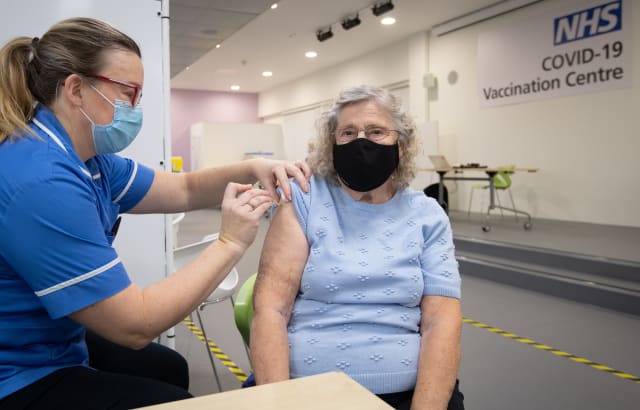 More than 370,000 people in England have received two doses of a Covid vaccine, according to NHS data, despite ministers and scientists previously saying that first doses were going to be prioritised.

A total of 2.33 million Covid-19 vaccinations had taken place in England up to January 10, according to provisional figures published by NHS England.

He explained to MPs: “There were some second jabs, where that was a clinical decision to do so given that last week was just a few days after the changed advice from the JCVI and chief medical officers.”

The health service boss described the vaccine roll-out as  two “sprints” and a “marathon” to get vulnerable groups and then the rest of the adult public an injection.

He told the Commons Public Accounts Committee: “This is a sprint to mid-February (to vaccinate the four highest priority groups) and then it will be a sprint from mid-February through to the end of April to extend the vaccination to the rest of the higher risk groups identified by the Joint Committee on Vaccination and Immunisation.

“Then it will be a marathon from April through the summer into the autumn… where we are offering everybody in the country who wants it, over the age of 18 for whom the vaccines are authorised, that jab.”

Earlier on Monday, the Government’s top medical adviser defended the first-dose approach said it was “very important” to vaccinate as many people as possible during the current “dangerous period”.

Professor Chris Whitty told BBC Breakfast: “The thing which is limiting us at the moment is the amount of vaccine in the country.

“So, for every person who gets a second dose, someone else is not even getting their first dose.

“And it’s very important we actually vaccinate the maximum number of people over this really dangerous period over winter – the next few weeks, which are going to be the worst weeks of the pandemic in terms of numbers into the NHS, we must be vaccinating as many people as we can.”

He added: ““You absolutely do need to get the second one, but that can be delayed by a few weeks, and we do not think that there will be a significant reduction in the amount of protection over that period of time.”