Covid-19 variant like substitution in second-half of football game, WHO says 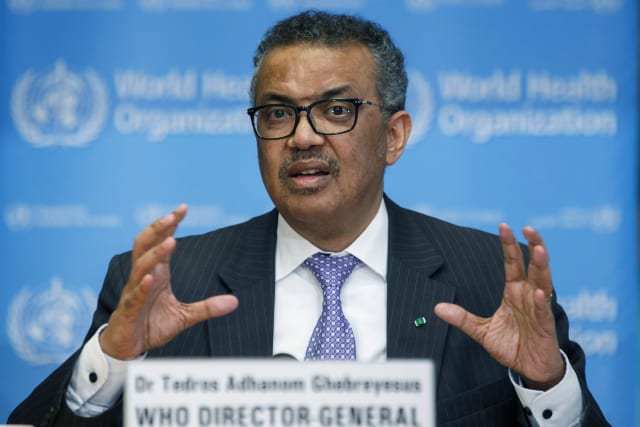 Covid-19 variants are like bringing on a substitute in the second half of a football match to boost the power over your opponent – but the disease is controllable, the World Health Organisation (WHO) has said.

Japan reported a new variant of the virus over the weekend and there is “a need to follow the public health basics now more than ever” as  “the more the virus spreads, the higher the chance of new chains to the virus”, according to Dr Tedros Adhanom Ghebreyesus, the WHO director-general.

Dr Michael Ryan, the WHO’s executive director of the health emergencies programme, said his Irish homeland had suffered a huge surge of cases over the last number of weeks and has “done extremely” to bring it under control.

He said it had suffered “one of the most acute increases in disease incidents of any country in the world over the last number of months” which could not be blamed on a new variant.

It was mainly due to the  increased social mixing and reduction of physical distancing, he suggested.

He likened the impact of new variants to a power-boosting late football substitution, telling a WHO press conference: “This is like adding a substitution within the second half of a football game.

“It adds  to the challenge you face because the opposition is bringing on some new players to the field. It doesn’t change the rules of the game. It doesn’t change what we need to do to win. It just changes the strength of the opponent.”

The answer is to “redouble our efforts” to fight the virus, he added.

Dr Ryan noted that the government, authorities and the community in Ireland have taken “immediate action” over the last two weeks and that disease positivity numbers are starting to drop.

Laboratories there are also carrying out some “superb” surveillance for the new virus strain, he added.

He warned that new variants “can and will emerge” and a comprehensive monitoring framework is needed to keep an eye on those and ensure that measures are adapted when needed.

Dr Ryan said: “Right now there is no evidence that variants are driving any element of severity.

“There is some evidence that variants maybe increasing or adding to transmission and in some sense giving some extra transmissibility to the virus.”

Transmission was down to single digits  across most countries  in Europe over the summer but there has been an “almost vertical” exponential growth in some countries after since the festive period, according to Dr Maria Van Kerkhove, the WHO’s technical lead on Covid-19.

She said the variants are making dealing with the virus “that much harder”  but it is possible to break the chains of transmission.

She added: “We lost the battle because we changed our mixing patterns over the summer into the fall (Autumn) and especially around the Christmas and New Year holiday.

“The number of contact that individuals  had and their families had increased significantly over the Christmas and New Year holiday and that has had a direct affect impact on the exponential growth you  have seen in many countries.

“Some of the exponential growth that you have seen in countries is almost vertical, not even at a slant –  but that does not mean we have lost the battle.

She  called on people to limit their contacts with others outside of our immediate family, to keep their physical distance from others and to  wear masks.

Governments also have to create a “supportive environment so that  people who are asked to stay home can do so without worrying about childcare or putting food on the table.

She said that the ability for people to properly quarantine must be supported while vaccines take time to come on line and systems need to help people limit contact with others while also enabling  them to remain socially connected to their loved ones.