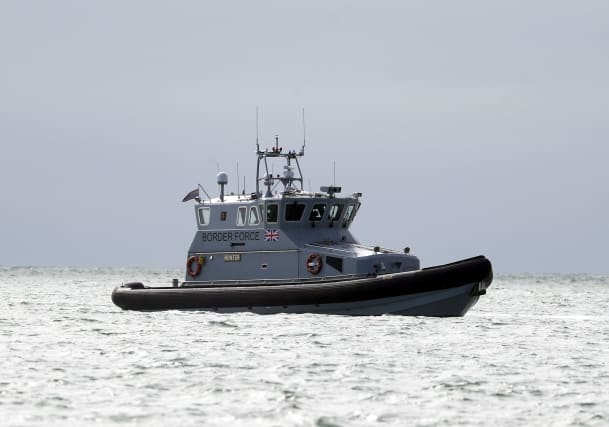 Border Force officers were active in the English Channel on Monday after at least 160 migrants crossed to the UK over the weekend.

Calm winds at the coast saw several small boats make it into UK waters across the two days despite the cold weather.

A number of children are believed to have been among a few dozen migrants who were brought to Sovereign Harbour in Eastbourne, East Sussex, on Saturday.

Police and immigration officials were in the seaside town to meet the arrivals, who were wrapped up in coats and wearing face masks.

One young migrant in a grey blanket was seen being carried by a police officer on dry land following the search and rescue operation.

Home Secretary Priti Patel and her department have made continued vows to make the dangerous Channel route “unviable”.

Across Saturday and Sunday the Home Office reported that 160 people made it to the UK on board 10 boats.

Meanwhile, French authorities monitoring migrant activity on the other side of the Dover Strait intercepted seven boats carrying 67 people.

On Monday morning, the Border Force cutter Searcher was recorded moving off the coast of Kent.