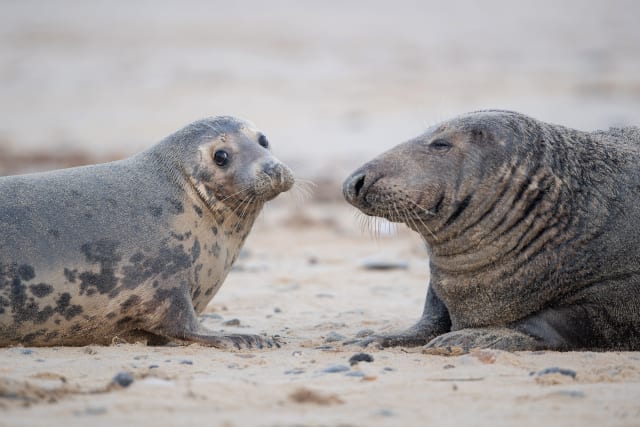 More than 2,000 grey seal births have been recorded at Horsey Gap in Norfolk during its annual pupping season.

The births come as police have been patrolling the area to deter visitors during the national lockdown.

Seal protection charity Friends of Horsey Seals estimated that “well over 2,000” seal pups have been born this season, which stretches from November to January.

“We suspended counting when the Covid restrictions made it impossible for our counters, so we don’t have a complete figure this year,” Jane Bowden, a warden and trustee for the charity, told the PA news agency.

Ms Bowden explained that the charity is made up of hundreds of volunteers from around the country. However, due to coronavirus restrictions, only local volunteers are now able to help patrol the beach.

“This has been a really tough year for us,” she told PA. “We couldn’t just abandon the seals.”

Norfolk Police said it had fined a man and a woman who drove more than 120 miles from their home in Wellingborough in Northamptonshire to Horsey to look at the seal colony on Thursday.

The man and woman, both aged in their 50s, admitted they had travelled to see the seals and both were issued with a fixed penalty notice, the force said.