Every flex of lockdown rules could be fatal – Hancock 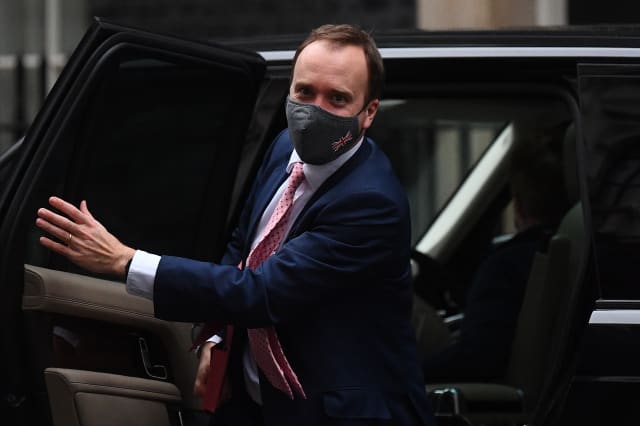 The Health Secretary has backed more stringent enforcement of the lockdown by police and warned that “every flexibility” of the rules could prove fatal.

Matt Hancock said the majority of people were “following the rules” to stay at home, but he refused to criticise the police over complaints that some forces had been over-zealous in handing out fines.

Police tactics have come in for scrutiny after Derbyshire Police handed out £200 fines to two women who drove separately to go for a walk at a remote beauty spot situated around five miles from their homes.

The constabulary has since confirmed it would be reviewing all fixed penalty notices issued during the new national lockdown in England after it received clarification about the coronavirus regulations from the National Police Chiefs’ Council (NPCC) following the incident.

Mr Hancock, asked about Derbyshire Police’s approach, told Sky News’ Sophy Ridge On Sunday programme: “I’m absolutely going to back the police because the challenge here is that every flex can be fatal.

“You might look at the rules and think, ‘Well, it doesn’t matter too much if I just do this or do that’.

“But these rules are not there as boundaries to be pushed, they are the limit to what people should be doing.

“Every flexibility can be fatal.”