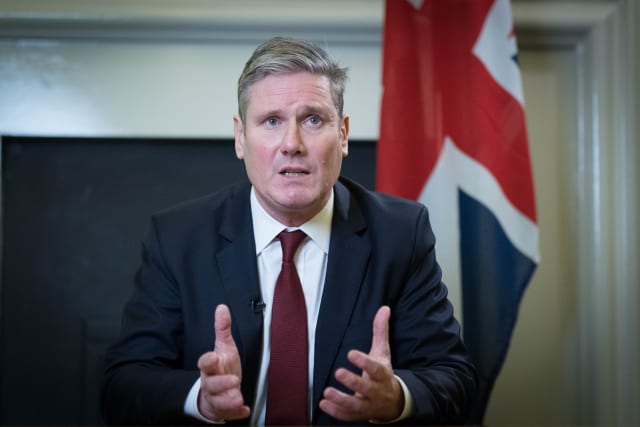 Labour leader Sir Keir Starmer has urged the Prime Minister and the Chancellor to guard pandemic-hit family budgets by protecting them from “absurd” council tax rises this spring.

During his Spending Review in November, Chancellor Rishi Sunak confirmed that local authorities will be able to levy an extra 5% onto council tax bills in 2021-22, with 3% of that used to top-up creaking adult social care budgets.

The Treasury chief’s decision came in the face of record public borrowing to support the country through the damaging economic impact of coronavirus restrictions, which included paying a portion of the wages of millions of people who could not work during the epidemic.

But Sir Keir said families had suffered enough during the Covid-19 crisis and urged the Cabinet’s two most senior figures to step in with extra funding for councils to spare households having to tighten their purse strings further following a tough 2020.

Labour analysis suggests that a combined 5% council tax and social care levy rise for those living in a band D property would see bills hiked by an average of £90 in April.

In an article in the Sunday Telegraph, the Opposition leader said: “It is absurd that during the deepest recession in 300 years, at the very time millions are worried about the future of their jobs and how they will make ends meet, Boris Johnson and Rishi Sunak are forcing local government to hike up council tax.

“The Prime Minister said he would do ‘whatever is necessary’ to support local authorities in providing vital services – he needs to make good on that promise.

“That’s why I’m saying to Boris Johnson: give councils the support you promised and then give families the security they need by dropping your tax increase.”

Sir Keir, setting out his pitch to become the next prime minister, vowed for Labour to become the “party of the family” under his leadership.

“The importance of family hasn’t been talked about enough during this crisis,” he said.

“In the last decade – and during this pandemic in particular – families have too often been let down or forgotten.

“What about those who are having to juggle childcare commitments with working from home?

“Or the generation of young people pulled out of the classroom without a plan for their education? Or the unforgivable way those living in care homes have been treated over the last year? All of them deserve far more from a Government that too often treats families as an afterthought.

“I want this to change. Under my leadership, Labour will be the party of the family. That starts with helping families through the current lockdown and protecting family budgets.”

Addressing the current pandemic situation after recorded coronavirus deaths in the UK passed the 80,000 mark on Saturday, Sir Keir said fully vaccinating the country was “our way out of this nightmare”.

In a pointed message to ministers, who have targeted inoculating almost 14 million people by mid-February, he added: “We don’t need any more over-promising and under-delivering, or money being wasted on contracts that don’t deliver.

“We need competent, decisive and effective leadership that can get Britain vaccinated.

“The weeks and months ahead are going to be difficult – perhaps the hardest of all. But, we will get through it. When we do, we can build a better future.”