Michael Apted was a ‘beacon of light’ in the film industry, says Up cast member 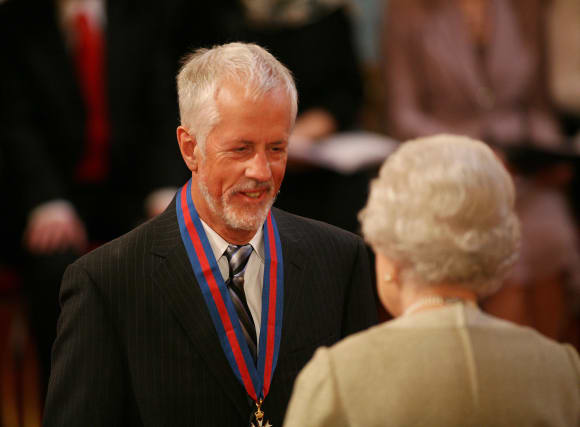 A cast member in Michael Apted’s Up documentary series has paid tribute to the director as a “beacon of light” after his death aged 79.

Tony Walker, an actor and London taxi driver, was selected for the project from an East End primary school in 1963 and went on to become one its best-known characters.

He stayed a close friend of Apted, attending screenings of his later films, including James Bond feature The World Is Not Enough in 1999, and his granddaughter remains friends with Apted’s son.

Walker, 65, originally from Bethnal Green in east London, told the PA news agency: “A beacon of light has gone out in the film industry this week with the passing of Michael.

“We have suffered a loss that cannot be weighed and most of all he will be sadly missed. My love and condolences go out to his family in California.”

Originally planned as a one-off for Granada Television, children from various background were interviewed across the years for Up in a bid to examine the country’s class structure.

Walker described Apted as “a very nice man, a very loyal man, a very trusting man on behalf of all the Up series participants. He was more like a family member. He was always there despite the seven-year gap (between each film)”.

Across his appearances in the series, Walker was open about the trials he faced in his marriage to wife Debbie.

In 35 Up, it was revealed they had lost the baby she had been carrying in the previous series, causing a strain on their relationship.

Speaking about his friendship with Apted, he added: “On a personal basis, the trust we had in him was beyond comparison to anything in the world.

“When he gets you in front of that camera it is like a Catholicism. You are talking to him not knowing it is Michael.

“I feel so at ease and most of all the trust – he knows what he has got in his hands. I trusted him with my life, and I have done so for 55 years.”

Walker said that while working as a London taxi driver he had picked up comedian John Cleese and actress Sigourney Weaver and bonded with both over their shared respect for Apted.

Among Apted’s other directing credits were Coal Miner’s Daughter and Gorillas In The Mist.

He also directed The World Is Not Enough, which starred Pierce Brosnan, and a number of episodes of Coronation Street in the 1960s.

Apted was born in 1941 in Aylesbury, Buckinghamshire, before moving to London with his father after the Second World War.

As a child, he studied at the City of London School where he first developed an interest in cinema.

In 2008 he was made a companion of the Most Distinguished Order of Saint Michael and Saint George in the Queen’s Birthday Honours for services to the British film and television industries.

He also served as the president of the Directors Guild of America (DGA) from 2003 to 2009.

The producers of the Bond film franchise paid tribute to his ability to move “effortlessly and successfully between all genres”.

Michael G Wilson and Barbara Broccoli added: “He was beloved by all those who worked with him.

“We loved working with him on The World Is Not Enough and send our love and support to his family, friends and colleagues.”

Thomas Schlamme, president of the DGA, said: “Our hearts are heavy today as we mourn the passing of esteemed director, longtime DGA leader and my friend Michael Apted.

“His legacy will be forever woven into the fabric of cinema and our guild.

“A fearless visionary as a director and unparalleled guild leader, Michael saw the trajectory of things when others didn’t, and we were all the beneficiaries of his wisdom and lifelong dedication.”