How the coronavirus pandemic has affected the royal family 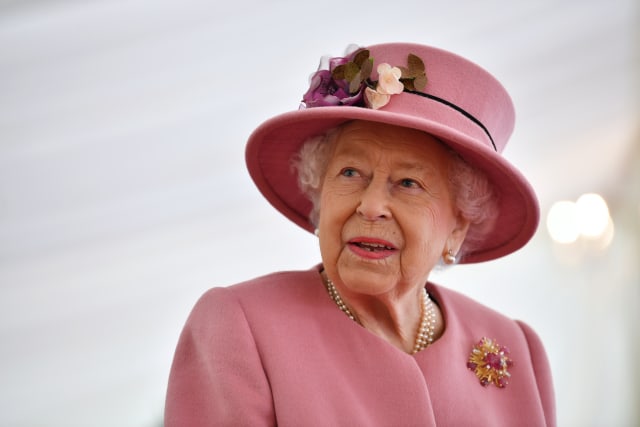 The vaccinations of the Queen and Duke of Edinburgh are welcome shot in the arm after the royal family weathered an extraordinary year as the coronavirus crisis swept the country.

From morale-boosting national addresses to Covid criticisms, here PA looks back at how the royal family has been affected by the pandemic.

– March 19: In her first public statement of the crisis, the Queen issued a message of solidarity to the nation saying the country’s “history has been forged by people and communities coming together to work as one”.

– March 25: The Prince of Wales became the highest-profile coronavirus case in the UK and displayed “mild symptoms” of Covid-19, but the then 71-year-old remained in good health and spirits as he self-isolated at Birkhall in Scotland.

The Duchess of Cornwall, then 72, who was also at the Aberdeenshire retreat, tested negative for the virus, so separated herself from the prince.

– April 5: The Queen delivered a message of hope to the nation during lockdown, saying if people “remain united and resolute” in the face of the coronavirus outbreak “we will overcome it”.

She echoed the words of Forces’ sweetheart Dame Vera Lynne’s Second World War anthem, when she said “we will meet again” in a rare televised address.

– April 20: The Duke of Edinburgh makes a rare statement, praising those tackling the pandemic across the UK and keeping essential services running.

– November 2: It emerges that the Duke of Cambridge contracted Covid-19 in April but decided to keep the news secret because he did not want to alarm the nation at a time when Prime Minister Boris Johnson was seriously ill with the virus.

The duke, who carried on with telephone and online engagements, was treated by royal doctors as he isolated in Norfolk but was hit “pretty hard” by the virus and at one stage struggled to breathe, according to the Sun newspaper, which first reported the story.

– November 7: The Queen wore a mask in public for the first time when she visited the grave of the Unknown Warrior at Westminster Abbey to mark the centenary of his burial.

The month before, the pressure group Republic criticised her for going without a face covering when she visited the Defence Science and Technology Laboratory at Porton Down – her first public engagement outside of a royal residence since the pandemic gripped the nation.

– November 23: Princess Michael of Kent, 75, is said to be “on the mend” after contracting coronavirus which left her with extreme fatigue and fevers.

The wife Queen’s cousin Prince Michael of Kent came down with Covid-19 disease three weeks beforehand, and is understood to have had bad lungs as a child making her more susceptible to the disease. She suffered severe symptoms.

– December 6: The Duke and Duchess of Cambridge undertake a three-day 1,250-mile festive trip on the royal train tour to thank key workers, volunteers and communities for their pandemic efforts.

The trip provoked veiled criticisms from Welsh and Scottish ministers, who raised suggestions about the timing of the visits while Covid cases were still prevalent and many parts of the UK were subject to strict Covid rules.

– December 22: The Duke and Duchess of Cambridge have been criticised for failing to “make sure they are beyond reproach” after they were pictured breaching the Rule of Six with other royals.

William and Kate and their family were photographed together with the Earl and Countess of Wessex and their children during a night-time woodland walk on the Queen’s Sandringham estate in Norfolk.

– December 25: The Queen and Duke of Edinburgh forgo the traditional royal family gathering at Sandringham in Norfolk.

They instead spent the festive period sheltering at their Windsor Castle home, where they continue to stay during lockdown. With a reduced number of 20 staff, Windsor Castle came to be dubbed HMS Bubble.

– January 9, 2021: The Queen and Duke of Edinburgh receive their Covid-19 vaccinations and take the unusual step of making a health matter public.

It is understood the Queen decided the information should be reported to prevent inaccuracies and further speculation.