GP: Being able to give people hope through vaccine ‘quite wonderful’ 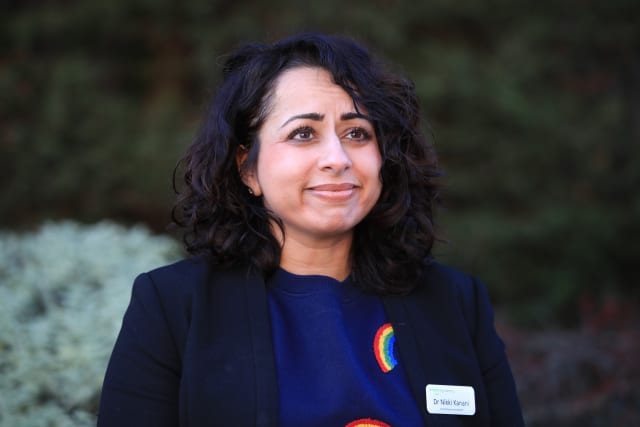 A GP helping with the vaccine rollout has told of her tears of joy at being able to give people the “hope” of protection from Covid-19 through a jab.

Dr Nikki Kanani also described how care home residents had been moved by the prospect of being reunited with family members after having the vaccine.

The GP, based in south-east London, has not yet been offered a vaccination herself but said she “can’t wait” to get one to “know that I’ve got that protection”.

Dr Kanani, medical director of primary care for NHS England and NHS Improvement, said she had worked with both the Pfizer/BioNTech and Oxford/AstraZeneca vaccines in the rollout.

She told the PA news agency: “No matter the vaccine, just being able to give people that vaccine, that bit of hope, is really quite wonderful.”

Dr Kanani said it had been “quite emotional”, with care home residents often “very moved because it gives them the opportunity that soon they’ll see their families again”.

She added: “I’ve had care home managers in tears, as well.”

Dr Kanani described how, on a personal level, witnessing the reaction of people relieved to get a jab has been “quite incredible”.

She said: “I’m happy to admit I’ve been in tears many times more in the last couple of months than I should have been, or certainly since the first vaccine was approved and we started rolling it out.

“Seeing what it means to individuals is really quite incredible, just that hope is all that we need right now because it has been a really, really difficult few months.”

Dr Kanani acknowledged there had been hesitancy among some people and said it is important everyone understands the vaccines are safe, and have been through “rigorous testing”.

She said: “Some people want to know more and that’s absolutely fine.

“So what we want to make sure is that people have the facts. They understand that this is absolutely safe, and it is the most important thing that we can be doing right now.

“So when you’re offered your vaccine, please say yes, please come and get it.”

She paid tribute to staff – including her colleagues in general practice, nurses, pharmacists, and those in admin teams – who she said had been “working day and night” to ensure priority groups are vaccinated “as quickly as possible”.

“Every vaccine we give makes a phenomenal difference,” she said.