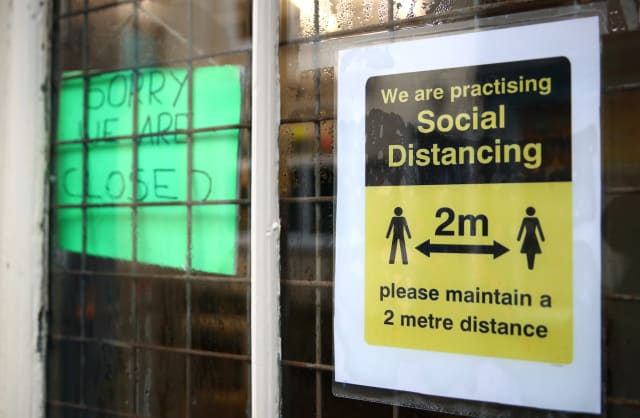 Around eight in 10 recent positive cases of Covid-19 in London and eastern England could be the new UK variant, figures suggest.

Across England as a whole it is estimated it could account for 61% of new cases, the Office for National Statistics (ONS) said.

Health Secretary Matt Hancock announced in mid-December that experts had identified a new variant of coronavirus which he said may have been responsible for the “faster spread” in south-east England.

This week, as he imposed a third national lockdown on England, Boris Johnson said the variant, which is up to 70% more transmissible, was spreading in a “frustrating and alarming” manner.

The ONS, which gives figures for infections in private households, said 81% of positive cases in London from December 28 to January 2 were estimated to be genetically compatible with the new variant, while in eastern England the estimate is 78%.

Two other regions with estimates above 50% were south-east England (67%) and south-west England (53%).

The variant may account for some 67% of positive cases in the South East of England and 53% in the South West, the statistics body said.

The estimated percentage of positive cases compatible with the new variant was 33% for Northern Ireland, 22% for Scotland and 5% for Wales.

The figures are from the latest update of the ONS Covid-19 infection survey.

The survey findings are usually published every Friday but an early release was made this week “due to the national situation” and in the public interest, the ONS said.

In an announcement on Tuesday, it revealed its estimate that 1.1 million people in private households in England had Covid-19 between December 27 and January 2 – the equivalent of around 2.06% of the population, or one in 50 people.

Friday’s figures show an estimated one in 70 people in private households in Wales had Covid-19 in the same period – the equivalent of 44,100 people, or 1.45% of the population.

Meanwhile, data from the Zoe Covid Symptom Study UK Infection Survey run by King’s College London suggested there were 69,958 daily new symptomatic cases of coronavirus in the UK on average, a 27% rise on a week ago.

The study also put the current UK R value – which represents how many people an infected person will pass the virus on to on average – at 1.2.

Professor Tim Spector, lead scientist on the Zoe study, said the UK is now “worryingly at 70,000 new daily cases and around 800,000 infected individuals” with the worst-hit areas being Wales, London and the South East.

He said: “One in 42 people in London has symptomatic Covid now, so those living in the capital must take care.

“The good news is that we are now seeing new cases in London coming down slightly.”