Retailers in Northern Ireland ‘experiencing some disruption after Brexit’ 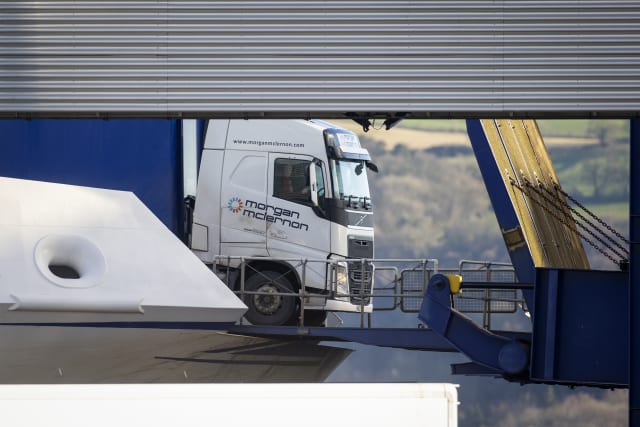 Retailers in Northern Ireland have experienced some disruption while suppliers in the rest of the UK adapt to post-Brexit arrangements, the industry warned.

There may be less choice but they are working hard to continue to provision the country, a representative of major supermarkets like Sainsbury’s and Asda said.

A protocol agreed between the EU and UK is designed to reduce friction on trade from Great Britain to Northern Ireland following a divorce deal avoiding a hard border on the island of Ireland.

Some regulations, like for parcels, were only given to retailers and logistics firms on December 31, which did not give any time to prepare, Aodhan Connolly said.

That meant some retailers stopped shipping parcels for a short period but the majority have now come back online.

The Northern Ireland Retail Consortium representative said: “There has been some disruption to supply in other areas too while some Great Britain suppliers get used to a new way of trading with Northern Ireland and this was exacerbated by the days that fresh food was not able to pass from the EU to Great Britain.”

Cross-Channel traffic between Calais and Dover was temporarily halted before Christmas due to the new strain of coronavirus.

Mr Connolly added: “But retailers are adept at quickly changing supply chains and while there may be slightly less choice there is plenty of stock.

“However, in the long-term we will need the UK Government and the EU to work with us to find long-term workable simplifications that keep choice and affordability for Northern Irish families while keeping Northern Irish business competitive.”

Hauliers have described being “overwhelmed” by red tape due to new checks on deliveries to Northern Ireland from the rest of the UK.

The country is following the rules of the EU single market to avoid a hard Irish border and has shifted checks on food standards to Irish Sea ports.

Northern Ireland’s chief vet has said many animal product deliveries arriving at the ports during the first week of the year did not have the correct paperwork and firms had to be helped to comply with EU regulation.